Jillian Armenante is an American actress who is best known ‘Judging Amy’. 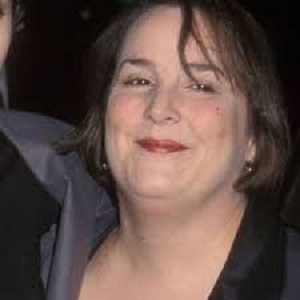 Just keep being a maker. Do your own thing and collect good people along the way. Eliminate bad relationships and work toward building positive relationships with like minded people who want to put good work out into the world for the right reasons.

Jillian Armenante is a married woman. She has been married to actress Alice Dodd since February 2004. This couple has welcomed two children: Hazel Georgia Dodd Armenante on November 21, 2004, and Heloise Margaret Armenante Dodd on December 12, 2008.

This family is living happily and they are spending quality time with each other.

Who is Jillian Armenante?

Jillian Armenante is an American actress who is best known for her role of Donna Kozlowski on the TV show ‘Judging Amy’.

She was born on July 5, 1968, in Paterson, New Jersey, USA. She is currently 52 years old. Jillian grew up in Wyckoff, New Jersey. She has not mentioned anything regarding her parents, siblings, and childhood.

Jillian holds American citizenship but her ethnicity is unknown.

Talking about her education history, she did her schooling at Ramapo High School.

Jillian Armenante began appearing in television as Olympias in ‘Northern Exposure’ since 1994. She portrayed the role of Donna Kozlowski in ‘Judging Amy’ from 1999 to 2005.

She debuted her film career from the film ‘The Wright Brothers’ in 1997 in which she portrayed the role of Col. Kovacevich. After two years, she appeared as Danielle in ‘Delivered’ and as Cynthia Crowley in ‘Girl, Interrupted’.

She wrote, directed, and produced ‘Kittens in a Cage’ in 2016, and directed and produced ‘The List’ in the same year. Recently, she made her appearance ass patty in ‘The Untold Story’ in 2019 and she will be appearing as Officer Wheeler in ‘Stuck’ in 2019.

She has an estimated net worth of around $7 million and she has earned that sum of money from her professional career.