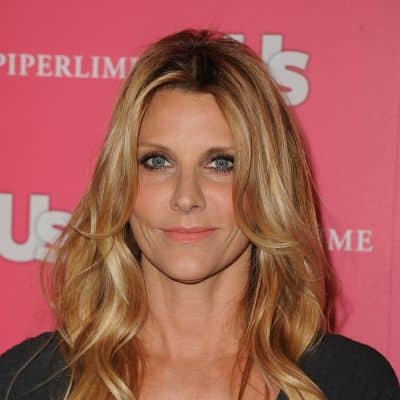 Who is Jillian Fink's Husband?

Currently, Jillian Fink is happily married to her husband, Patrick Dempsey. He is an actor and race, car driver.

The couple shared their marital vows on 31st July 1999. They had a private wedding ceremony in Patrick’s family farmhouse based in Maine, and the ceremony was attended by her close friends and family members.

In 1990, they first met at Jillian’s hair salon

The couple has three children altogether. Their first child, daughter, Talula Fyfe, was born on 20 February 2002. Also, they have twin boys, Darby Galen, and Sullivan Patrick, who was born on 1st February 2007.

Are Patrick Dempsey and Jillian Fink still together?

In January 2015, Fink filed for divorce, after nearly 15 years of togetherness.

As per Us Weekly, Jillian cited irreconcilable differences as the reason behind the split and sought spousal support and joint custody for their three children

Who is Jillian Fink?

Jillian Fink is a Known American celebrity makeup artist, hairstylist, and entrepreneur. He is also better known as the wife of Patrick Dempsey, an American actor.

The American make-up artist was born on February 04, 1966, in Denton, Texas, the United States. As of 2022, Jillian Fink is 56 years old whereas her birth sign is Aquarius.

Similarly, she follows Christianity as the major religion while her birth sign is Aquarius.

She was born to her father, Ron Fink, a celebrity makeup artist while her mother, is a housewife whose name is unknown. Likewise, she has two sisters named, Kristin Fink Mason and Angela Fink who are both makeup artists by profession.

As per her academics, she completed her graduation from one of the local high schools and continued her further studies in California after moving there.

Furthermore, she graduated from Charles Ross School of Hair Design.

In early 1990, Jillian entered the beauty industry and in the beginning, she worked in the fashion capitals like Paris and London.

The year 1992, became her lucky year, as her work in the TV movie, ‘Something to Live for: The Alison Gertz Story‘ got her immense popularity and appreciation.

After two years, she was appointed as the lead makeup artist and hair stylist for, ‘The Crew.’ Moving on in 2000, she was a stylist for the romantic comedy, ‘Skipped Parts.’

Afterward, she was hired as a major global color director for the cosmetic brand, ‘Avon’ in 2006. In the same year, after making a collaboration with ‘Avon’ she announced the launch of a new line of makeup products.

In 2014, she was the makeup artist for the action movie, ‘Stunt Fighter‘, which received Jillian a lot of praise.

She went on to style numerous Hollywood stars for their red-carpet looks, including, Leslie Mann, Kirsten Dunst, and Kristen Stewart.

Following that, Jillian Fink launched her website, which is mainly a vlogging and promotional space and is also a shopping site that features her beauty products.
Apart from these, she owns a ‘YouTube’ channel entitled, Jillian Dempsey which has garnered more than 2.04K subscribers. As of September 2022, she has posted only 5 short make-up videos.

Talented make-up artist and hair stylist, Jillian Fink has an estimated net worth of around $2 million. However, she is yet to disclose her salary and income.

On the other hand, her husband, Patrick Dempsey’s net worth is calculated to be about $85 million according to Celebrity Net Worth.

Tall and beautiful lady, Jillian Fink stands at the height of 5 feet 6 inches, weighing around 60 Kg. Moreover, Fink has a fair complexion along with a pair of hazel eyes and blonde hair.

When it comes to her social media presence, She is quite active on it. Jillian owns an Instagram account under the username, @jilliandempsey which is enriched with over 361K followers.

Apart from this, Fink does not appear to be present on Facebook and Tiktok.