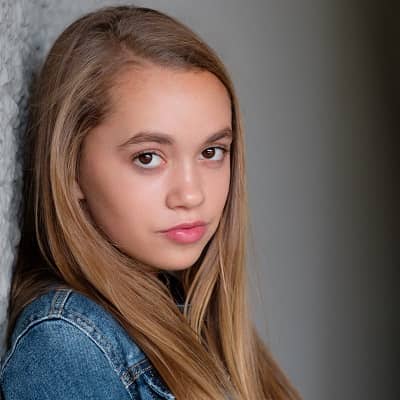 What is the relationship of Jillian Shea Spaeder?

Jillian Shea Spaeder is a lesbian. Jillian is having an affair with Lilia Buckingham. Her girlfriend, Lilia Buckingham is an American actress, model, internet personality.

Who is Jillian Shea Spaeder?

Jillian Shea Spaeder is an actress, singer, and songwriter. She is best known for her current starring role in ‘Walk the Prank‘ as a Bailey in Disney XD.

This actress was born on September 27, 2002, in Philadelphia, Pennsylvania. Her father’s name is Bill, a software engineer and her mother’s name is Sharon, a freelance writer.

She has two elder siblings, a brother Evan and a sister Emma. Jillian attended Sugartown Elementary School. She belongs to English descent.

Jillian Shea Spaeder grew up in a musical environment. She began singing at an early age. Her family formed a cover band Crow’s Feet with Pat Doyle, Larry Clark, and Joe Ruggiero.

They can be seen performing in venues and clubs. Spaeder’s family is a great inspiration for her music. Afterward, in July 2018, she released her first single ‘Story‘ along with a music video.

Later, in January 2019, Jillian released ‘Barely Changed‘, which was produced by music director Mie Avenaim. The same year, she released ‘Talk Too Loud‘, ‘Runaway‘, and ‘Something Better. She, herself co-wrote, directed, and video produced Something Better.

Jillian wrote, recorded, and released her song I Don’t Know this year at home during the quarantine along with her dad.

Earlier, she made her debut acting in 2015 in the season two episode ‘Unhappy Campers‘ of Nickelodeon’s series ‘Nicky, Ricky, Dicky, and Dawn’ as McKenna. On her next project, she chose ‘OMG’, where she had a chance to play various roles.

Afterward, Jillian made her big-screen debut in 2016 with ‘Theater and Me are the Bully’ a directorial venture of Marcus A Siler. She was cast in ‘Walk the Prank,’ a comedy show about a group of four children trying to prank people.

This show was aired its first episode on April 1, 2016, on Disney XD. Starring Bailey, Jillian has appeared in 51 episodes of the show to date. She will be starring along with Isla Fisher, Jillian Bell, and Jane Curtin in the upcoming Disney film ‘Godmothererd‘.

This actress has recently appeared on the Netflix series ‘No Good Nick‘ with Sean Astin and Melissa Joan Hart as a guest star. This year, we can watch her in a supporting role in the film ‘To The Beat 2’.

She receives an amount of $15-30k per episode. Meanwhile, according to some sources of 2022, she has an estimated net worth of $3 million.

There are no rumors and controversies about this star. Meanwhile, she has managed to keep herself out of any rumors and scandals. Jillian is making her career bright and burn.

Jillian Shea Spaeder is 5 feet 2 inches tall and weighs 45 kg. Similarly, she has brown eyes and blonde hair. Her body measurement is 30-24-33 inches.

Similarly, Jillian has 4.1 k subscribers on YouTube with over 40 k views and also has a TikTok account with over 962k fans.