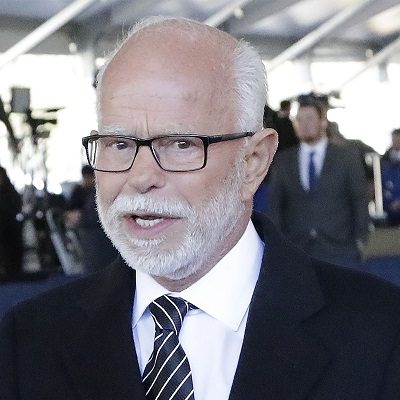 Jim Bakker is a married man. His wife, Lori Beth Graham is a former televangelist. The couple married on the 4th of September 1998. The wedding took place just after 50 days they met.

Together, in 2003, they completed their family by adopting five children, Maricella, Lori, Clarrisa, Marie, and Ricky.

Prior to that, he was married to Tammy Faye LaValley. His Ex-wife, Tammy is also a televangelist by profession. They first met each other in their college days.

Later, on the 2nd of March 1970, they married each other. However, they separated from each other with the divorce on the 13th of March 1992.

Together they are blessed with two children Tammy Sue Chapman and Jamie Charles Bakker. Jamie is a pastor.

Who is Jim Bakker?

Jim Bakker is an American televangelist. He is renowned as the host of the talk show, The Jim Bakker Show.

He is also a convicted fraudster who went to prison in 1989.

On the 12th of March 2020, the Missouri Attorney General issued a temporary order against Bakker and his ministry.

During the world crisis of the Corona Virus, the televangelist was selling his silver solution. He is selling the solution with the claim that it can cure the Corona Virus on his show and website.

With this solution, he is making a false claim that it has the ability to boost the immune system of the elders. It also eliminates, kills, and deactivates the Coronavirus.

He was born James Orsen Bakker on the 2nd of January 1940 in Muskegon, Michigan. He is the son of Raleigh Bakker (father) and Furnia Lynette (mother).

They are of Dutch-German ancestry.

He joined a Bible College at North Central University in Minneapolis, Minnesota. However, he never completed the study to be a televangelist.

– In 1966, he started his career with Christian Broadcasting Network.

– In 1974, he left the previous network and joined Trinity Broadcasting Network. The same year, he started hosting the show, The PTL Club.

– In 1987, he resigned from the PTL Club due to sexual misconduct.

– After serving jail for fraud cases, he resumed his career as a televangelist and hosting the shows The Jim Bakker Show. Also, he made his appearance in the shows like Marcus & Joni and The Rachel Maddow Show.

– Besides being a televangelist, he is also the author of the books including I was wrong, Eight keys to success, and Time Has Come: How to Prepare Now for Epic Events Ahead.

He has an estimated net worth of $500k. His salary as a televangelist is in the range of $57k or above.

In 1979, the Federal Communications Commission investigated him and his ministry for misuse of the funds that were raised in the air.

After the investigation, it came out that he and his ex-wife, Tammy were using the funds for their personal use. Later, FFC Commissioners submitted the report to the Justice Department. Due to the lack of evidence, no charge was pressed against it.

However, in 1985, confidential Internal Revenue Service pointed that he had utilized the $1.3 million of the ministry’s funds for his personal use.

In 1987, once again he made the headline due to the sex scandal. He paid $279k to Jessica Hahn to remain silent in the matter along with PTL co-host John Wesley Fletcher. At the time, they were alleged that they raped her. He always denied that he raped her. However, he agreed that he had sex with her.

At the time, he also had been a subject of the homosexual and bisexual allegations. He denied the allegations under the oaths. Due to the disclosure of the matter, he had to resign from PTL as PTL head.

The newspaper The Charlotte Observer broke the news of the fundraising activities of PTL Club. At the time, he and his PTL’s associate raised the funds with the lifetime membership that worth $1000 for a three-night stay in the hotel. They sold 10,000 memberships however only 500 rooms were ready in the hotel, Heritage USA.

From the money paid for Heritage USA’s operating expenses, he kept $3.4 million. The United States Court of Appeals for the Fourth Circuit appealed for 45 years sentence with $500k fine. Later, On the 16th of November 1992, the sentence was reduced to 8 years.

on the 1st of December 1994, he was released from the Federal Bureau of Prisons owing $6 million to pay to the Internal Revenue Service.

Jim Bakker has brown eyes with light hair. Information regarding his height and weight is not available yet.