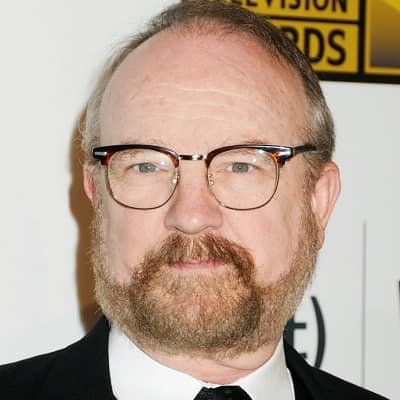 What is the relationship of Jim Beaver?

Currently, Jim is married to Sarah Spiegel, an actress, and singer. They were dating each other since 2016. The pair tied the knot on June 20, 2019.

Beaver married Debbie Young, a fellow student in August 1973, during college. Four months later, the couple separated through divorce not until 1976.

After dating Cecily Adams for four years, he married Cecily in 1989. In 2001, Madeline, their daughter was born. Cecily passed away on March 3, 2004, from lung cancer.

Who is Jim Beaver?

Jim Beaver is an American actor, writer, and film historian. He is best known for his roles as Bobby Singer in Supernatural and as David Milch on the HBO western Deadwood.

Also, he has appeared in frequent roles on shows such as Justified and Harpers Island.

Jim was born on August 12, 1950, in Laramie, WY. As of 2022, he is 72 years old. Talking about his nationality, he holds an American identity. He is the son of Dorothy Adell and James Norman Beaver, a minister.

His father was of English and French descent and his surname was originally de Beauvoir, whereas his mother has Cherokee, German and Scottish descent. He has three younger sisters named Denise, Renee, and Teddlie).

Though both of his parent’s families had long lived in Texas, Beaver was born in Laramie while his father was graduating with studies in accounting at the University of Wyoming.

Regarding education, he attended Irving High School, where he was a classmate of ZZ Top Drummer Frank Beard, but he was transferred to Fort Worth Christian Academy, from where he graduated in 1968.

Then, he enrolled at Oklahoma Christian College.

In October 1972, he made his professional stage debut in Rain, focusing on W. Somerset Maugham’s short story, being still a college student. After returning to Texas, he worked in a local theatre in the Dallas area.

Beaver moved to New York City in 1979 and worked continuity onstage both in stock and on tour, also writing plays and researching a biography of actor George Reeves.

Also, he has starred in The Hasty Heart and the Rainmaker in Birmingham, Alabama, and The Lark in Manchester, New Hampshire, and toured the country as Macduff in Macbeth and the Last Meeting of the Knights of the White Magnolia.

He migrated to Los Angeles, California in 1983 to continue his research on George Reeve’s biography. Beaver was signed by the powerful Triad Artists agency after Verdigris was released to good reviews in 1985. Also, he appeared in minor roles in films and television.

Then, he appeared in the CBS drama Harpers Island in the role of Sheriff Charlie Mills. For three seasons on FX’s Justified, he played Sheriff Shelby Parlow.

Since then, he appeared in a number of popular films, including Sister Act, silver, Bad Girls, Adaptation, Magnolia, and The Life of David Gale. The Silence of Bees won him the Best Actor at the 2010 New York Film and Video Festival.

Based on his play of the same name he wrote and directed the short film Night Riders (2013).

Being an actor and writer, Jim has accumulated a wealthy sum of money throughout his career. His exact earnings, income, and salary are unknown.

As per the sources, his net worth is estimated between $3 million – $5 million.

Owing to his long professional career, Jim has not been a part of any controversial news.

He keeps his life away from unwanted scandals and rumors and avoids media attention.

Beaver stands tall at a height of 5 feet and 11 inches and weighs approx 85 kgs.

He has a pair of hazel eyes and a brownish-colored beard.

He is active on Instagram with 415k followers under the username @jumblejimstagram and has 4.3k followers on Twitter. Also, he has over 428k followers on Facebook.