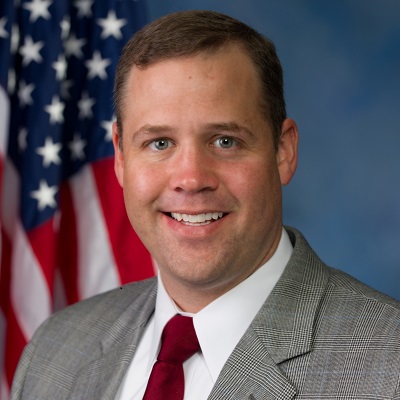 ''Rather than passing a thousand pages of tax reform legislation and restarting the tax code manipulation process, we should change the paradigm. It is time to eliminate the IRS and repeal the 16th Amendment.'' ''Twenty years ago the Oklahoma City bombing seared the concept of terrorism on American soil into our national consciousness and proved that we are all vulnerable, even in the heartland. I was in college at Rice University in 1995. All of us remember exactly where we were that day, and we will never forget the 168 people who were killed. Terrorism is evil, yet the incredible response to tragedies like we experienced in Oklahoma 20 years ago serves to highlight the strength, resolve, and resiliency of the American people to the world.'' ''Disabled veterans are not a bargaining chip.'' ''Fairness has not been enhanced by the tax code, but lobbyists have been made rich, politicians have been re-elected, and the economy has been made to suffer.''

Jim Bridenstine is a married man. He is wed to Michelle Ivory from 2004. They together have 3 children: Walker, Sarah, and Grant.

Who is Jim Bridenstine?

American Politician Jim Bridenstine is an administrator of NASA,  National Aeronautics and Space Administration. He is a member of the Republican Party. He served as the United States Representative for Oklahoma’s 1st congressional district, based in Tulsa from January 3, 2013, to April 23, 2018.

Jim was born on June 15, 1975, in Ann Arbor, Michigan. He went to Jenks High School for schooling and graduated from Rice University with majors in Economics, Psychology, and Business. After graduation, he did his MBA from Cornell University.

He recruited as a US navy pilot from 1998-2007.  He is a former executive director of the Tulsa Air and Space Museum & Planetarium from 2008-2010.  In 2015, he transferred his Reserve commission and joined the Oklahoma Air National Guard.

Bridenstine was first elected to Oklahoma’s 1st Congressional District in 2012. He boycotted the 2014 election. In the 2016 election, he retained his seat in the U.S. House of Representatives. On April 23, 2018, he resigned from Congress and was sworn in as NASA’s 13th administrator.

He has sat on Committee on Armed services,  Subcommittee on Seapower and projects Forces and  Subcommittee on Strategic Forces, Subcommittee on Environment, Subcommittee on Space. In April 2016 at the 32nd Annual Space Symposium, he introduced H.R. 4945, the American Space Renaissance Act, reform legislation with provisions affecting national security, civil, and commercial space policy. He criticized the Obama administration for spending “30 times as much money” on climate science as on weather forecasting; PolitiFact said that assertion was “mostly false”.

He endorsed Donald Trump for the 2016 presidential general election and Ted Cruz for the Republican presidential primary.

On September 1, 2017, Bridenstine was announced as  NASA head on the recommendation of President Donald Trump. However, he was heavily criticized by both Republic and Democratic politicians for his lack of formal qualifications in the field of science and engineering.

Restoring America Project, Can-Do Conservatives of America, Combat Veterans for Congress PAC are some of his important endorsements.