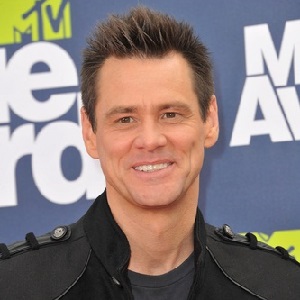 Behind every great man is a woman rolling her eyes

A lot of good love can happen in ten years

If you aren't in the moment, you are either looking forward to uncertainty, or back to pain and regret.

Jim Carrey has been married twice in his life. His first wife was the famous actress Melissa Carrey. They got married on 28 March 1987. The couple together had a daughter named Jane Erin Carrey.

After that, he dated Renée Zellweger, an actress for few years and got engaged in 2000. The couple separated later that year. After that, he has not been in any relationships till now. According to the records, he is possibly single at the present time.

Who is Jim Carrey?

Jim Carrey is a Canadian-American actor, comedian, impressionist, screenwriter, and producer. He is famous for his highly energetic slapstick performances. He is best known for starring in popular 1990s comedies such as Dumb & Dumber, The Mask, The Cable Guy, Liar Liar, and Ace Ventura: Pet Detective.

Jim Carrey was born on 17 January 1962, in Newmarket, Ontario, Canada. His nationality is Canadian, American and ethnicity are mixed(French-Canadian, Irish, and Scottish).

His birth name is James Eugene Carrey. He is the son of Kathleen Oram(mother), a homemaker, and Percy Carrey(father), a musician, and an accountant. He has three older siblings named John, Patricia, and Rita.

Jim made his debut as a comedian at comedy club Yuk Yuk’s. Shortly, he moved to Hollywood and began performing at The Comedy Store. In 1982, he appeared on the televised stand-up show An Evening at the Improv. The following year, he debuted his act on The Tonight Show.

He was a cast member for the 1980–1981 season of NBC’s Saturday Night Live. From 1990 to 1994, Carrey was a regular cast member of the ensemble comedy television series In Living Color. In 1994, he was cast in the lead roles in Ace Ventura: Pet Detective, The Mask, and Dumb and Dumber.  He received his first Golden Globe Award nomination for Best Actor for his work in The Mask.

Jim played the serious role of Truman Burbank in the satirical comedy-drama film The Truman Show (1998). For his role in the film, he won the “Golden Globe Award for Best Actor in a Motion Picture Drama”. In 2009, he won the “Kids’ Choice Award for Favorite Voice from an Animated Movie” for his role in A Christmas Carol. He won Gelett Burgess Children’s Book Award in 2014 for his role in How Roland Rolls.

Jim Carrey: Salary and Net Worth

He has a net worth of $150 million but his salary is not revealed yet.

Currently, there are no desperate rumors regarding his personal and professional life. Jim has been a part of several small controversies in his life. He has faced criticisms for his inappropriate comedies a few times in his career.

Jim has a height of 6 feet 2 inches. His body weighs 84kg. He has dark brown hair and brown eyes.