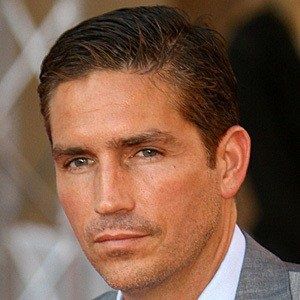 The point I'm trying to make is that you go to church on Sunday. But the real Christ is out there in your life every day, whether it be the guy you help on the street, how you live your life, and your countenance that makes people want to be you

We are all culpable in the death of Christ. My sins, your sins put Him on that cross.

Jim Caviezel is a married man. He is married to his girlfriend, Kerri Browitt who is a British teacher. The couple exchanged vos on July 20, 1996.

Jim and Kerri met via blind date arranged by Kerri’s sister Amy in 1993. Similar to him, his wife is also a Catholic.

The couple adopted three children: two sons: David and Bo, and a daughter Lyn. They adopted physically abled children who are are now healthy.

Who is Jim Caviezel?

Jim Caviezel is an American actor. He is best known for portraying Jesus Christ in the movie The Passion of the Christ which was released in the year 2004. For his role as Christ, he won Movie Guide Grace Award. His other renowned roles are The Thin Red Line, Déjà Vu, etc.

He has three sisters namely: Amy Caviezel, Ann Caviezel, and Erin Caviezel. He has a brother named Timothy Caviezel. His ethnicity is mixed(Swiss-Romansh, Slovak, and Irish) and nationality is American.

For his schooling, he attended Mount Vernon High School and after a couple of years, he went to O’Dea High School to play basketball. After that, he attended John F. Kennedy Memorial High School and graduated in the year 1987. He also attended Bellevue College and later he was transferred to the University of Washington and started having an interest in acting.

To pursue Jim’s acting career, he moved to Los Angeles. In 1991, he appeared in the movie, My Own Private Idaho.

Also he was offered scholarship and learned acting in 1993 from New York. However, instead of learning acting he grabbed the role in Wyatt Earp as Warren Earp which was released in 1994.

He did various action movies including:

Jim Caviezel: Salary and Net Worth

Jim’s net worth is estimated to be $25 million whereas his salary is not available through any sources.

Jim has a height of 6 feet 2 inches and his weight is unknown. His hair color is salt and pepper and eye color is hazel. His shoe size is unknown.