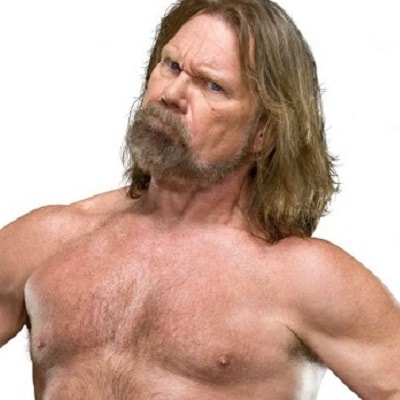 Jim Duggan is a married person. He has been married to his five years long girlfriend, Debra Haynes on April 8, 1989. The couple is blessed with daughters Celia Duggan and Rebecca Duggan. The family is currently living together and they are sharing quality time with each other.

Who is Jim Duggan?

Jim Duggan is an American wrestler who is signed to World Wrestling Entertainment (WWE). Also, he is one of the best-known characters on the show. He was a one time (and the final) World Television Champion and a one time United States Heavyweight Champion. He is known by the ring name as “Hacksaw” Jim Duggan.

Jim holds American citizenship but his ethnicity is unknown.

He attended the New York State High School and then joined the Ohio State University. But, he joined Southern Methodist University (SMU) in order to play football.

He was interested in football, track, wrestling, and basketball during his early age. He was signed by the Atlanta Falcons of the National Football League after he finished his college. But he was released from the team due to a knee injury.

He started his professional wrestling career in the year 1979 and the first match was against  Gino Hernandez. After that, he got the attention of Vince McMahon, Sr. and the World Wrestling Federation (WWF).

Moreover, in 1994, Jim Duggan has signed a contract with World Championship Wrestling. He left when WCW was purchased by the WWF in 2001.

Similarly, he returned to WWE in 2005 before leaving the show once again in 2009 to resume wrestling on the independent circuit. After a few years, Duggan made his way back to WWE and was inducted into the WWE Hall of Fame on April 2, 2011.

He was arrested along with Iron Sheik (Khosrow Vaziri) in 1987 after discovering that he was driving under the influence of marijuana and alcohol. Also, Vaziri was high on cocaine. Later, he received a conditional release.

Jim Duggan has a height of 6 ft. 3 inches and weighs 120 kg. He has blue eyes and light brown hair.