Former center fielder in Major League Baseball. He is also a broadcaster for Fox Sports Midwest.

Previously, he was married to Allison Jayne Raski in 2008 and divorced in 2014. they had two children, Landon and Sutton Edmonds.

His first wife is Lee Ann Horton. they also had two children, Hayley and Lauren Edmonds. 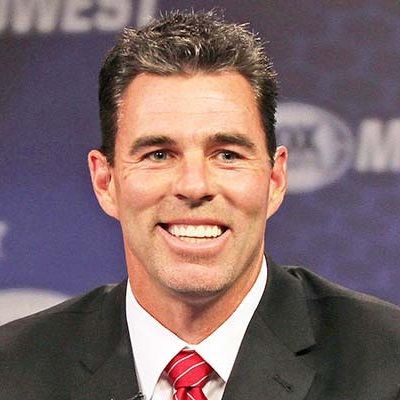 Who is Jim Edmonds?

American Jim Edmonds is a former center fielder in Major League Baseball. He is also a broadcaster for Fox Sports Midwest.

He is well known for his defensive skills, 393 home runs, and an on-base plus slugging percentage (OPS) of .903.

He was born James Patrick Edmonds on June 27, 1970, in Fullerton, California, USA. His ethnicity is Anglo-American.

There are no details about his father and mother.

He graduated from Diamond Bar High School, Diamond Bar, the U.S in 1984.

On March 14, 2013, Fox Sports Midwest announced they will hire Jim Edmonds as a broadcasting crew. Jim now works as an analyst during Cardinals Live pre-game and post-game broadcasts.

There is a rumor that Jim had an affair with their former nanny, Carly Wilson. His wife Meghan King Edmonds has confirmed the rumor.

Edmonds’ net worth is approximately $3.5 million US and his salary is around $850k US.

Jim Edmonds has brown hair and eyes. He is 6 feet 2 inches tall and has an average weight.