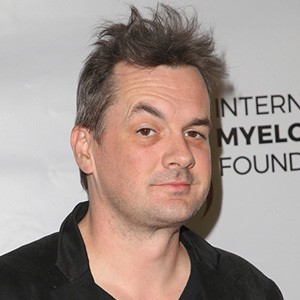 Anyway, so he's vaccinated now and I dunno he might be autistic. Rocking back and forth in the corner of the room...

So I said to her "Is it really such a big deal to get my kid vaccinated?" and she said "Yes, if you want him to live". And I said "What do you mean?" and she said "Well, let me put it like this: I would not let my child play with an unvaccinated child."

You know what was good about the musket? Gives you a lot of time to calm down.

Jim Jefferies is currently single. Previously, he was in a relationship with actress Kate Luyben. However, the pair did not marry but they welcomed a son named Hank Jefferies on November 7, 2012. But, this couple has separated and Jim is living his life as single.

Who is Jim Jefferies?

Jim Jefferies is an Australian-American stand-up comedian, actor, writer, and political commentator who is best known for his performances in ‘Legit’ from 2013 to 2014 ad ‘The Jim Jefferies Shows’ since 2017.

He was born on February 14, 1977, in Sydney, New South Wales, Australia. His birth name is Geoff James Nugent and he is currently 42 years old. His mother was a substitute teacher whereas his father was a cabinet maker and maintained worker from Roma, Queensland. He grew up in Sydney and moved to Perth.

Jim holds Australian citizenship but his ethnicity is a mix of English and Irish.

He attended the Western Australian Academy of Performing Arts and graduated from there. After that, he moved to Sydney and then to the UK.

Jim chose his stage name as Jim Jeffries but after realizing that his name could be confused with American performer, then, he changed his stage name to Jim Jefferies. He began his career as a stand-up comedian but he had a bad experience in 2007 as he was attached onstage while he was performing at the Manchester Comedy Store.

In addition, Jim Jefferies has hosted ‘Jim and Eddie Talkin’ Shot’ podcast but later, he had to leave the show because of his busy schedule. Furthermore, he made his appearance in ‘The Last Chancers’, ‘Tainted Love’, ‘Bad Judge’, ‘Not Safe with Nikki Glaser’, etc.

He is currently working as a host, writer, executive producer, and creator of ‘The Jim Jefferies Show’ premiered on March 3, 2017.

He was nominated for Writers Guild of American in the category Comedy/Variety Series for ‘The Jim Jefferies Show’ in 2018.

He has an estimated net worth of around $9 million and he has earned that sum of money from his multiple professional careers.

Jim Jefferies has a height of 6 ft. 1 inch and he has dark brown eyes and dark brown hair. But, other information regarding his weight, shoe size, dress size, etc. are not available.