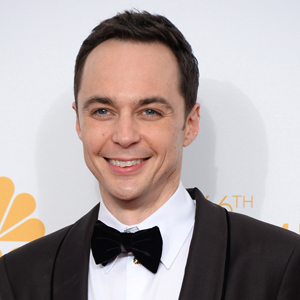 As a human being, you know that there are some days when you'd rather not talk to anybody - but I can't really do that anymore without appearing rude

Theatre was my first love. I can't take the theatre out of me. And I wouldn't want to. To me, it's home

I think intelligence is usually sexy until it becomes irritating. After that, you're stuck.

Jim Parsons is a gay. He has a boyfriend from last 10 years. Todd Spiewak an art director is his partner. They share a very romantic relationship at the beginning but recently he stated that it’s a boring love. A regular life as an act of love, coffee in the morning, going to work, washing the clothes and taking the dogs out. Although there is no sign of separation between them Jim still didn’t seem to be very happy with the relationship. His fans are looking forward if he marries anyone. He has also never been the loving spouse of anyone.

Who is Jim Parsons?

Jim Parsons is an American actor. He is famous as Sheldon Cooper in the CBS sitcom The Big Bang Theory receiving four Primetime Awards and Golden Globe Award. He is also known for his role in The Normal Heart as Tommy Boatwright.

Jim Parsons was born on March 24, 1973, in Houston, Texas, USA. His nationality is American and ethnicity is mixed(English, French, German and Scottish).

His birth name is James Joseph “Jim” Parsons. He was raised in northern suburbs, Spring. His father is Milton Joseph “Mickey/Jack” Parsons, Jr. and his mother Judy Ann, a teacher.

Jim’s acting started at the age of 6 when he was schooling from Kelin Oak High School as Kola-Kola bird in The Elephants Child which was a school production. He initially worked in television commercials and off-Broadway productions doing various auditions he landed a role in “Ed” and later had a recurring role in Judging Amy. Jim had many roles including Oliver in Heights and Justin in The Great New Wonder. He also played as a receptionist in 10 Items or Less and as a classmate in School of Scoundrels.

After reading the plot of the character of Sheldon Cooper in The Big Bang Theory, he thought that the role will best fit for him and originally it was a great turn in his career. The series was a great hit and his character was well praised by all. Acting in the main role he maintained the character very well from 2007 till now. Jim also gave his voice in many series including Family Guy, Glenn Martin, The Super Hero Squad Show, Pound Puppies, Eureka, Kick Buttowski: Suburban Daredevil. His film credit includes On The Road With Judas as Jimmy Pea and Gardener of Eden as Spim (2007), Crane in The Big Year and Human Walter in The Muppets (2011), Prince of Sunset Stories, Paul in I Wish I Was There, Oh at Home and Dr. Mathison in Visions (2015) and Paul Stafford in Hidden Figures.

Jim Parsons: Salary and Net Worth

There is a rumor about Jim Parsons to leave The Big Bang Theory and take to a full stop because he is very busy nowadays and does other things with his career. Although the production house didn’t confirm anything about it.