Jim Toth is an American talent agent who serves as the head of the Creative Artist Agency's Motion Picture Talent department. He earned fame as the husband of the Academy award-winning actress, Reese Witherspoon. He is a married man.

Jim Toth is a married man. He is married to Reese Witherspoon. She is an American actress, producer, and entrepreneur. She is the recipient of many accolades including two Golden Globe Awards, an Academy Award, and a Primetime Emmy Award. As of 2020, she is one of the highest-paid actresses in the world.

The couple first met in a bar in March 2010 and they started talking after he had come to apologize to her for the behavior of his friend who was hitting on her. Soon, the couple started dating. Toth genuinely fell in love with her and he treated her “like gold” and was willing to “do anything for her.”

On December 28, 2010, Jim proposed to Witherspoon with a $250,000 four-karat diamond ring. He also shares a good relationship with her children from her first marriage, Ava and Deacon, who were 7 and 11 respectively at the time of their engagement.

The couple exchanged wedding vows on March 26, 2011, in Ojai, California. The grand ceremony included guests like Alyssa Milano, Isla Fisher, Tobey Maguire, Salma Hayek, and Renée Zellweger. The couple has set an example by being happily married for almost 10 years. Evidently, Jim is very supportive of Reese and even encouraged her to be a producer.

On September 27, 2012, Reese gave birth to their first and so far, an only child, a boy named Tennessee James Toth. 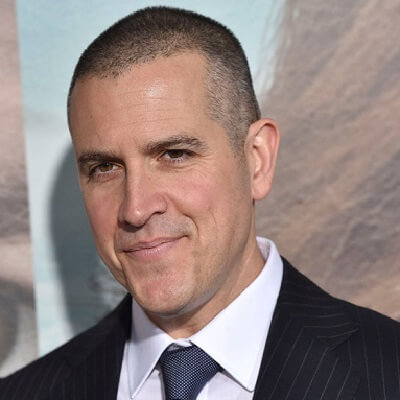 Who is Jim Toth?

Jim Toth is an American talent agent who serves as the head of the Creative Artist Agency’s Motion Picture Talent department. He earned fame as the husband of the Academy award-winning actress, Reese Witherspoon.

Jim Toth was born as James Joseph Toth was in 1970 in Aliquippa, Pennsylvania, USA. As of 2020, his age is 50. Talking about his family background, his father, Jimmy Joe Toth used to be a blue-collar job worker in a small steel town in rural Pennsylvania. There is no information about his mother.

His grandfather was an immigrant from Hungary who worked at Crucible Steel in Midland, Pennsylvania, and also served years in the army. During his childhood days, he was very athletic and loved to participate in sport. He spent his childhood days in Pennsylvania. His ethnicity is Hungarian.

Talking about his educational background, he attended Loyola Marymount University in Los Angeles, California. From there, he graduated with a degree in political science.

Jim Toth started his career working in the mailroom of Creative Artists Agency. The talent agency, based in Los Angeles manages a majority of huge Hollywood stars including Meryl Streep, Jennifer Lawrence, and Lady Gaga.

With hard work, he climbed his way and became a talent agent working with several Hollywood A-listers. In September 2010, the agency promoted him to his current position as one of the two heads of motion picture talent at the company.

While his wife, Reese is also a client of the company, she is not represented by him. He still has a very impressive client list that includes A-list celebrities including Robert Downey Jr., Chris Evans, Scarlett Johansson, Mary Elizabeth Winstead, Matthew McConaughey, and Jamie Foxx. Moreover, he also supports the ‘Stand Up To Cancer’ initiative and established the Jim Toth Sr. Breakthrough Lung Cancer Research Award.

Reese Witherspoon is an American actress, producer, and entrepreneur. She is the recipient of many accolades including two Golden Globe Awards, an Academy Award, and a Primetime Emmy Award. As of 2020, she is one of the highest-paid actresses in the world.

Toth stands at a height of around 6 feet 1 inch. He has not revealed his weight. His hair color is salt and pepper and he has brown eyes.

In April 2013, Jim Toth along with his wife Reese Witherspoon were arrested in Atlanta. The couple was pulled over by the police for driving on the other side of the lane in Atlanta. The officers suspected them of driving under the influence of alcohol.

In the sobriety test, Toth was tested positive with a blood-alcohol level more than the legal limit. He was charged with driving under the influence of alcohol which made his wife annoyed and she even tried to resist the police officer threatening him about her status as a Hollywood star. The police arrested her for disorderly conduct. However, they were released soon after paying fines.

After some time, a dash-cam video was released in which they were caught arguing about the incident during which Jim told her that she should have let him get arrested instead of making it a national headline. Reese later apologized publicly for her behavior.

You may also like to read the Bio, Career, Net Worth, Relationships, and more about Scarlett Johansson, Mary Elizabeth Winstead, Matthew McConaughey, etc.