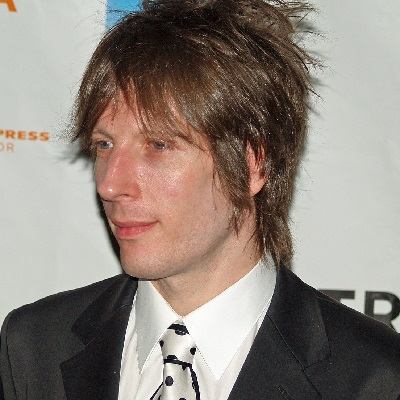 Jim Wallerstein is married to Bebe Buell. The couple exchanged vows with each other on the 25th of August 2002.

As of now, the couple is leading a happy married life with each other with no rumors of separation and divorce. He has a stepdaughter, Liv Tyler from Bebe’s relationship with Steven Tyler.

Liv is an actress and model by profession.

Who is Jim Wallerstein?

American Jim Wallerstein is a guitarist and vocalist. He is renowned as the vocalist of the alternative rock band, Das Damen.

Currently, he is associated with the band, Twin Engines.

Jim Wallerstein was born in 1968 in Rutherford, New Jersey. He is of Jewish-Germanic ethnicity.

Being a very private person, he has not shared any details on his family background including his father and mother. He has a brother, Bob Wallerstein.

Talking about his educational background, he is an alumna of New York University.

As a music artist, Jim Wallerstein came in the limelight in 1984 for the band, Das Damen. He happens to be the founder and vocalist of the band. At the time, he used to name himself as Jim Walters.

In 1986, with his band members; Alex Totino, Phil Leopold von Trapp, and Lyle Hysen, he launched self-titled debut album. After that, he signed with SST Record with the band. Under the recording label, the band released its albums; Jupiter Eye and Triskaidekaphobe.

The album, Jupiter Eye’s quasi-hardcore was even compared with MC-5’s garage psychedelia. Following that, the band 4th album, Mousetrap under the recording label, Twin/Tone. In 1989, the band’s single, What Goes On peaked at the 12th position in the UK Indie singles chart list.

In 1990, the band signed with City Slang and released the albums; Entertaining Friends and High Anxiety mini. The next year, the band parted its way.

After that, in 2001, he moved to Portland with his future wife, Bebe. At the time, he helped to form the band, Vacationland. In 2003, the band released the album, All Around You under the record label, Tacit Records.

Currently, he is playing for the band, Twin Engines.

Besides that, he also makes through the royalties of his albums.

Talking about net worth, his wife, Bebe Buell has an estimated net worth of $1 million. Her net worth is attributed to her career as a singer and model.

Jim Wallerstein has blue eyes with brunette hair. He has a decent height and an average weight. However, details on his body stats are not available.

Till the date, he has not been through any sort of controversy and scandals that created a buzz in the media. Also, he has managed a distance from any kind of rumors too.

You may also read the bio of Peter James Hollens, Gloria Estefan, and Allen Iverson.