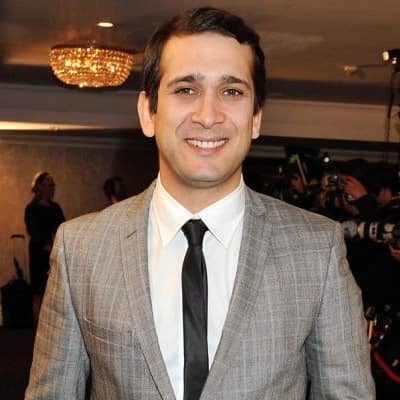 Jimi Mistry is currently married. He exchanged vows on 28 Dec 2013 to Flavia Cacace. His wife is a professional dancer. They exchanged rings in Jan 2013.

Jimi was previously married to Meg Leonard. They were married in 2001 but divorced each other in 2010.

This couple has one child together. Their daughter Elin Mistry was born in May 2001.

Who is Raza Jaffrey?

Jimi Mistry is a British actor in both TV and films. He was Benny in Ella Enchanted (2004) which made him a notable person.

He was born on 01 Jan 1973 in Scarborough, United Kingdom. The names of his father and mother are not disclosed yet.

Jimi belongs of Asian-Irish descent as his biological dad is from India and his mother is Irish. He was three when his mom met his new father.

Regarding academics, he has attended St James’ Catholic High School from 1985 till 1988. Then he enrolled at Radyr Comprehensive School and also studied at the Birmingham School of Speech and Drama.

Jimi Mistry is an amazing actor. He first entered the screen world in 1996 with the TV show Thief Takers. There he played the character of a boy. He was den seen in Silent Witness, The Bill, and City Central in 1998.

Regarding Jimi Mistry’s body features, his height is 5 ft 11 inches and his body weight is 74 kg. The color of his eyes is brown and his hair is in dark brown color.

Jimi is available on other social sites. His Facebook has over 5.4k followers and his Twitter has around 26.3k followers.