Jimmy McNichol is a singer, host, and investor who is also an actor. 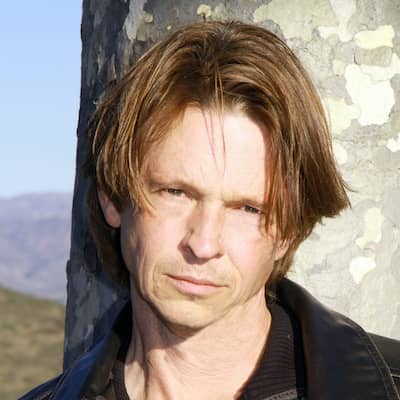 Jimmy McNichol’s relationship status is married. He exchanged vows with Renee Nash in the year 1997. Their wedding was held in Los Angeles, California.

Jimmy is also the father of rapper Kelle Maize. She is his first child and was born in Jan 1980 in the United States.

But he had no idea about his daughter unless they met each other in 2010. Kelle was adopted by Terry Maize and Chris Maize and they raised her.

Who is Jimmy McNichol?

Jimmy McNichol is an American singer, talk show host, and real estate investor. He is also a former actor who has started his acting career at the age of 7.

He is also contributing to the environment and has a site ECO TV to teach people about ecology.

He was born as James Vincent McNichol III on 02 July 1961 in Los Angeles, California, United States. His mother and his father’s name is not revealed to the public.

Jimmy’s ethnic background is a mix of Lebanese-Irish and has a sister Kristy and a brother Tommy. After Tommy was born, Jimmy’s dad left the family and he was raised by his mom alone.

From his mother’s other relationships, he has two siblings, Jennifer Lucas, and Thomas McNichol.

Talking about academics, he has attended North Hollywood High School.

Jimmy McNichol as a singer released his album titled Kristy and Jimmy McNichol in 1978. He also a performer in a band named Wizard King.

His first TV role was of Robbie in Run, Joe, Run in 1974. Jimmy’s recent role was of Dracula’s son in Decker: Unsealed (2017). His other notable projects are,

He has earned a net worth of $2 million (estimated) at present. The average salary received by him is unknown.

He did more than 50 advertisements including Kool-Aid, Crest, Band-Aid, and more. He also has his share in a production company named Playground Television, Inc.

During the year 1977, he was considered the highest-paid TV actor. Jimmy also lives in a lavish mansion in Durango, Colorado.

This veteran actor is keeping himself away from rumors and also not surrounded by any desperate scandals.

Regarding Jimmy McNichol’s body features his height is 6 ft and his body weight is 85 kg. In addition, he has brown-colored eyes plus his hair is dark brown.