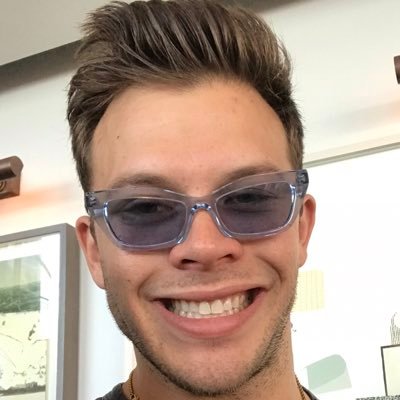 Jimmy Tatro might be living his single life. Previously, he dated actress Emily Osment in 2013. Emily is also a Disney star and has appeared in ‘Spy Kids’ and ‘Hannah Montana’. The couple dated for two years and finally separated in 2015.

Who is Jimmy Tatro?

Jimmy Tatro is an American comedian, YouTube celebrity, and actor who is best known for making videos on his own YouTube channel called LifeAccording Tojimmy.

He was born on February 16, 1992, in Los Angeles, California, the U.S. He was born as James Richard Tatro. Jimmy likes to be more secretive and he has not disclosed the name of his parents. He has two siblings John and Laura and he was raised with his siblings. He has been given nickname as “the jimster” and Jimmy.

Jimmy holds American citizenship but his ethnicity is a mix of ‎Italian, French-Canadian, German.

He attended Notre Dame High School and received his formal education from there. His friends know him to be a class clown who got along with everyone and also, he is described as an avid basketball fan. Finally, he graduated from high school in 2010.

After graduation, he attended the University of Arizona and became a member of the Pi Kappa Phi fraternity but he did not complete his higher education. He dropped out in his junior year. He used to make comical videos with his friends during his high school and also continued to make during his college days.

In November 2011, he signed a contract with Big Frame Studios and left college and moved back to Los Angeles. He continued filming his videos which became famous.

Jimmy created his own YouTube channel LifeAccording LifeAccordingTojimmy in 2010. He along with his friend, Christian A. Pierce produce his own videos. The friends were in the same college and later, they both realized that they had similar aspirations.

Moreover, he is also doing stand-up all across the nation and he earns money from selling tickets for his performances too. His most of the videos are based upon the everyday problem of students in college and he is making fun of them and their daily life, which includes video named How To Start a Bro fight.

His one of the most viewed videos on his YouTube channel is titled as Breaking Up with Overly Attached Girlfriend. Moreover, he has invited a lot of celebrities as a guest in his videos which include Riff Raff, Angela Kinsey, and many more.

Likewise, he is also active in the film sector. He made his minor appearance in Adam Sandler’s ‘Grown Ups 2’ in 2013. Initially, he was very afraid of the director of the movie, Adam Sandler but later, they became friends after they spent more time together.

It seems Jimmy has not bee awarded and nominated for his work till date.

He has accumulated a decent sum of money from his career. He has an estimated net worth of around $1.8 million and he is considered as one of the youngest YouTube millionaires. However, his annual salary and income are still under review.

He is rumored to be dating Lauren Elizabeth but neither of them has confirmed about the rumor.

Jimmy Tatro has a height of 5 ft. 10 inches and weighs 72 kg. He has green eyes and brown hair. But his shoe size, dress size, etc. are not available.