JJ Walker is possibly single. He stated on The Wendy Williams Show on June 27, 2012, that he has never been married or fathered children, but has had many girlfriends.

Furthermore, he has no records of previous relationships or verified romantic connections. 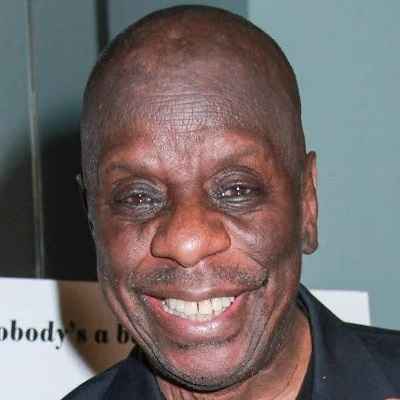 Who is JJ Walker?

JJ Walker is a comedian and actor from the United States. Walker was nominated for a Golden Globe Award in 1975 and 1976 for his role as James Evans Jr. (“J.J.”), the older son of Florida and James Evans Sr., on the CBS television series Good Times, which aired from 1974 to 1979.

Walker was born on June 25, 1947, in The Bronx, NY. His birth name is James Carter Walker Jr. As of now, he is 74years old. Talking about his nationality, he holds an American identity.

He was born to Lorena Walker and James Carter Walker. Furthermore, there is no information regarding his siblings.

Walker began performing as a stand-up comedian in 1969 and was discovered by the casting director for Good Times. He also appeared on the 1990 revival of Match Game and other game shows of the time.

He has appeared in Badge 373, The Love Boat, Fantasy Island, The Larry Sanders Show, Son of the Beach, The Drew Carey Show, The John Larroquette Show, In the House, Cagney & Lacey, The Fall Guy, Scrubs, Star Dates, Everybody Hates Chris, George Lopez, Chelsea Lately, and Lincoln Heights, among other shows.

In addition to guest appearances, he appeared in the short-lived television series At Ease in 1983 and Bustin’ Loose in 1987.

Walker made a cameo appearance in the 2010 film Big Money Rustlas. In 2011, he starred in the Syfy channel film Super Shark.

James’ autobiography, Dyn-o-mite!, was published in 2012. The memoir Good Times, Bad Times, Our Times – A Memoir was released. Walker announced the release of his official iOS app, developed by Monty Goulet, in 2012.

James has a decent net worth that he earned through his career as an American actor and comedian. As per the sources, he has an estimated net worth of $800 thousand.

JJ has never been a part of any controversy or rumors. He has maintained a clean image throughout his successful career and avoided unwanted scandals and controversy.

James stands at a good height at 6 feet and 1inch and weighs around 90kgs. He has a dark skin tone and a pair of black eyes.

Walker is not seen much active on social networking sites. Whereas he is seen active on Facebook under the username @DynomiteJJhere with 54k followers.

The Blue-Eyed boy, Tom Payne is a gay or is in relationship with a girl, Just to shut these rumors?