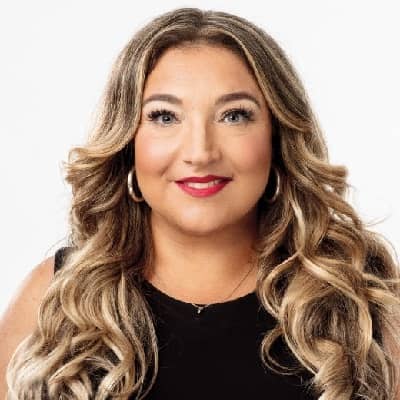 Your role is not to make your child happy every moment of the day regardless of the personal cost, but to raise her to be a thoughtful, kind, productive citizen of the world.

When he's very small, forget about minor misbehavior and focus on the big stuff.

Jo Frost is in a marital relationship with a location coordinator, Darrin Jackson. They are together since 2011 in California, US.

However, their wedding details are not yet disclosed. Though living together for a long time, the doesn’t have children.

Who is Jo Frost?

Jo Frost is a British television personality who rose to fame through the Channel 4 hit TV show Supernanny.

After that, she has worked on several other reality shows in the United Kingdom, the United States, and the Netherlands.

She has over 25 years of experience as a childcare professional.

Joanne Frost was born on 27 June 1971 in London, United Kingdom. Her parent’s names are Michael Frost and Joa Frost.

Jo’s father was an English builder and her mother, born in Gibraltar, was an interior decorator. Her mother died of cancer in 1994.

She also has a brother named Matthew. Being born in England, she holds British nationality along with the mixed (Danish, Icelandic, Norwegian) ethnicity.

There is not much information regarding her education. Though she seems to be well educated.

Jo Frost started her career in the year 1989 when she was just 18 years old. She joined Channel 4’s reality show ‘Supernanny’ in 2004. This show was watched by over six million viewers in the very first year and thus, it became a huge success.

Firstly it was aired on the UK version and after great success, the show was also re-created in several other countries. After working for about seven years in the show, she quit ‘Supernanny’ and another woman was hired in place of her. Frost was nominated for the Favorite Nanny award at TV Land Awards,2008.

After this, she appeared on another show ‘Jo Frost: Extreme Parental Guidance’, in the year 2010. Three years later, she worked in ‘Family S.O.S. with Jo Frost’. That show shows different issues regarding addiction, abuse, blended families, marital problems, etc.

And in the year 2014, Frost hosted ITV’s ‘Family Matters’. A year later,  Nanny Jo Productions worked with Strix Television and started the show ‘Nanny on Tour’.

Frost is also an advocate for the UN foundation’s ‘[email protected]’. It was a movement aiming to reduce vaccine-preventable childhood diseases and deaths. Moreover, she worked with people who suffer from life-threatening allergies for their improvement.

Frost is also the 2014 ambassador for FARE (full form: Food, Allergy, Research, and Education). Furthermore, she is also an activist for kids dealing with abandonment and poverty.

Being one of the successful personality, her net worth is said to be $1.5 million. Other information regarding her cars and salary is not available.

Jo Frost stands with a height of 5 ft 3 inches or 159 cm and weighing 70 kg or 154 lbs. She has Light brown colored hair and blue colored eyes.

Likely, her Facebook page also holds around 500K following. Also, she has her own Youtube channel with over 2.75K subscribers.

Supernanny Jo Frost: How she handles children? Know also about her nut and other allergies and how she takes care of herself!