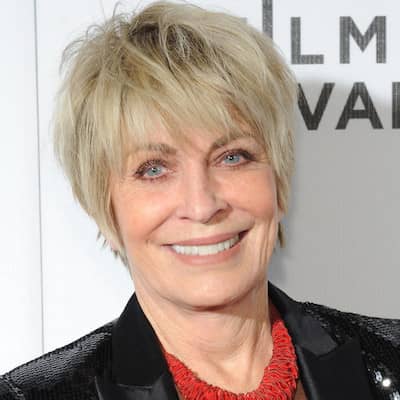 It used to be such a stigma, making that transition to various entertainment medias. There are a couple of actresses who have cut it quite well and I consider myself one. You have to work, you have to have your craft. Every job you do, you gain more experience. You never stop learning.

Joanna Cassidy is currently divorced and possibly single. But she exchanged vows with Dr. Kennard C. Kobrin on 25 May 1964.

But they 1sepaarted after being in a conjugal relationship for 10 years in 974.

This former couple welcomed their first child, a daughter named Naomi Kobrin, in Dec 1964. Their son Daniel Kobrin was born in Dec 1970.

Who is Joanna Cassidy?

Joanna Cassidy an American actress and fashion model. She is known for appearing in Blade Runner (1982), Who Framed Roger Rabbit (1988), and more.

She was seen as Mena Pride for the six episodes of NCIS: New Orleans (TV Series).

For her role of Jojo in Buffalo Bill, she won the Golden Globe Award for Best Actress. In addition, she was nominated for the Primetime Emmy Award in 1985.

Her birthdate is 02 Aug 1945 but she was born in Haddonfield, New Jersey, United States. Her full name is Joanna Virginia Caskey.

The names of her mother and father were Virginia and Joe Caskey respectively.

Joanna’s ancestry is Caucasian and has a sister named Adele Hessler.

As per her academics, she went to Haddonfield Memorial High School. Also, she studied Arts at Syracuse University.

Joanna Cassidy’s first uncredited screen role was in Bullitt (1968) as Party Guest. She started her career as a model and as of now has appeared in several movies plus TV series.

Moreover, she played Elaine Fitzpatrick in Call Me Fitz. For this, she got a nomination in Gemini Award for Best Performance (2011) and won Canadian Screen Award for Best Actress (2015).

Joanna was also nominated for Primetime Emmy Award and Screen Actors Guild Award for Six Feet Under (2001-05). Similarly, she is also known for her movie roles. Some of her hit films are,

Her estimated net worth of around $5 million as of 2021. But her salary and other incomes are not disclosed.

In 1973, she appeared in a commercial for Prevention of Forest Fires.

This Buffalo Bill star is keeping herself away from rumors and desperate scandals.

Regarding Joanna Cassidy’s body features, her height is 5 ft 9 inches and her body weight is 62 kg.

Moreover, her eyes are grey with hair in blonde color.