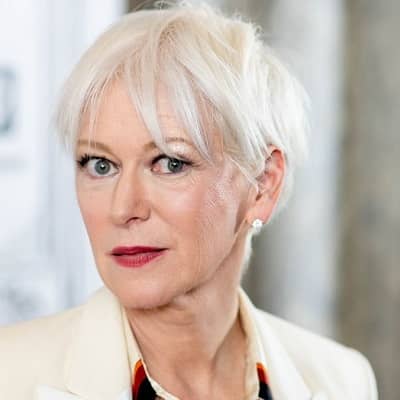 Joanna Coles is legally married but not living with her husband, Peter Godwin. The reason is she has filed for divorce and it has not been finalized yet.

Previously, she has exchanged vows to an author Peter Godwin in 2001. However, they have filed a divorce for their separation in 2019.

This couple together has two sons; Thomas and Hugo.

Who is Joanna Coles?

Joanna Coles is an English journalist, author, editor, and producer. She is best known as a chief content officer for Hearst Magazine.

This journalist was born on 20 April 1962, in West Yorkshire, England with a birth name Joanna Louise Coles.

Her father was a teacher, and her mother was a social worker. She graduated with a Bachelor’s degree in English and American Literature from the University of East Anglia.

She holds an ethnicity in English.

Joanna Coles was creative and interested in writing from a very young age. She published her first article in the children’s section of the Yorkshire Post at the age of 10. In 1984, she began her journalism career in The Spectator.

She began working as a reporter for The Daily Telegraph in 1987. Afterward, in 1989, she began working as the staff at The Guardian. After working there for 4 years, Joanna wrote, co-created, and presented a live weekly radio show about the media BBC Radio 4’s Mediumwave.

This author moved to New York in June 1997. She worked as a bureau chief at The Guardian. Afterward, she worked as the article creator of New York Magazine.

Coles became editor-in-chief of Marie Clarie Magazine in 2006. The magazine produced its most successful issue in 2012 also launching (Marie [email protected], and the Women on Top Awards) under her leadership. She began her carrer on television with a show Running In Heels and also appeared on Project Runway.

The same year, she was appointed as editor-in-chief at Cosmopolitan Magazine. Coles brought the band Snap Inc. into television and the executive produced the reality series So Cosmo.

She ran a 20 page of Lean In in 2013. Joanna is the first chief content officer of Hearst Magazine. After 12 years of service at Hearst, she departed the company after being passed over for the title of the president of the magazine.

Joanna was an executive producer of an American comedy-drama series The Bold Type. Later, she signed two years agreement with ABC Studios in 2019.

In addition to Journalism, she is an advocate for women in media and the business. Coles is a board member of Women’s Entrepreneurs in New York City. Similarly, she is also a board member of Snap Inc, Sonos, Density, and Blue Mistral.

The average compensation of Joanna from Snap Inc. is $330,040. Meanwhile, according to some sources, she has an estimated net worth of $2.09 million.

Joanna Coles has a decent height equivalent to her weight. Likely, she has light hair and blue eyes.