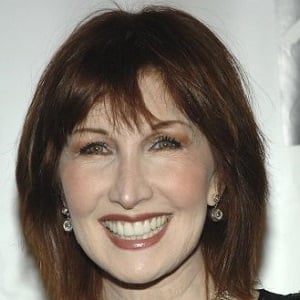 Joanna Gleason was previously married to Paul G. Gleason. They were together from 5 October 1975 to 28 June 1982. The couple has a son named Aaron from this relationship. Additionally, her second marriage was with Michael Bennahum. The pair were married from 1984 to 1990.

Currently, Joanna is a married woman. She is married to actor Chris Sarandon. The pair married on 22 July 1994. The marriage is going strong as there is no news regarding any extramarital affairs at present.

Who is Joanna Gleason?

Joanna Gleason is a Canadian actress and singer. People mostly know her for her stage and musical theatre work. Additionally, she has appeared in movies and television series like ‘Unbreakable Kimmy Schmidt’, ‘Last Vegas’, and ‘The Good Wife’ among others.

Gleason was born in Toronto on June 2, 1950. She was born to parents Monty Hall and Marilyn (née Plottel). Her father was a television producer and game show personality.

Additionally, she has a sister named Sharon and a brother named Richard Hall. Joanna was exposed to the world of show business from an early age. She is of American and Canadian nationality. Furthermore, there are no details available about her ethnic background at present.

Talking about her education, Gleason attended Beverly Hills High School and graduated in 1968. In addition, she continued her education at UCLA, and Occidental College.

Gleason initially began her acting career in television. Additionally, she made her Broadway debut in 1977 in ‘I Love My Wife.’ In theatre, she has appeared in ‘A Day in the Death of Joe Egg’, ‘The Real Thing’, ‘Nick & Nora’, and ‘Into the Woods’ among others. In 1979, she had the role of Morgan Winslow in the TV series ‘Diff’rent Strokes.’ Since then, she has appeared in several other movies and television series. All in all, she has over 60 credits as an actress.

Some other movies and television series that Gleason has appeared in include ‘Unbreakable Kimmy Schmidt’, ‘Sensitive Skin’, ‘The Affair’, ‘The Sonnet Project’, ‘The Newsroom’, ‘The Skeleton Twins’, ‘Blue Bloods’, ‘The Good Wife’, ‘Delocated’, ‘How to Make It in America’, ‘The Rebound’, ‘The Unusuals’, ‘The Women’, ‘Sex and the City’, ‘The Girl in the Park’, ‘King of the Hill’, ‘The West Wing’, ‘The Practice’, ‘The Wedding Planner’, ‘Friends’, ‘Let the Devil Wear Black’, ‘Murphy Brown’, ‘Perversions of Science’, and ‘Temporarily Yours’ among others.

Gleason won the Theatre World Award in 1977. Additionally, she has also won the Drama Desk Award and Tony Award.

Gleason has not revealed her current salary. Furthermore, there are no details available about her estimated net worth at present.

Gleason has not been part of any notable controversies in her career. Furthermore, at present, there are no rumors concerning her life and career.

Talking about her body measurement, there are no details available about Gleason’s height and weight. Her hair color is dark brown and her eye color is hazel.