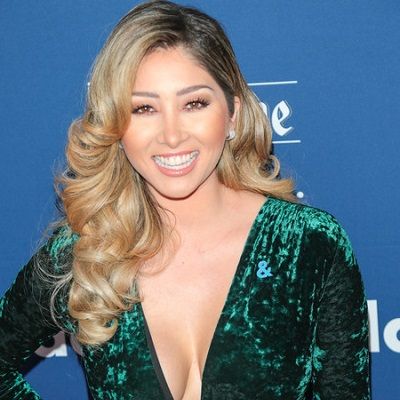 Joanna Zanella is not married but she is engaged to Brendan Schaub. He is a famous actor, comedian, and podcaster. They engaged in the year 2017 after starting their relationship in the year 2014. Similarly, she gave birth to their first baby Tiger Pax in the year 2016.

Who is Joanna Zanella?

Joanna Zanella is an American actress and a TV host known as the fiancee of the retired MMA fighter and podcaster Brendan Schaub. She is the winner of the Gabriel’s Award in excellence from Voz Latina for playing the lead role in a South American soap opera in 2005.

She was born on May 5, 1988, in  Los Angeles, United States. At present, she is 31 years old. She is the daughter of Juan Carlos Camberos whereas the name os her mother is unknown. Similarly, she has a brother named Steve Camberos.

She is not only a model but also a famous media personality and a tv show host. Being a model she has featured in diverse companies like Nickelodeon, FargoBank, Kraft and so on. Likewise, she also served as the spokesmodel for the Umbrella Girls USA.

Similarly, she was the first cast in movies Un Dia en el banco in the year 2008. She acted in the other movie like Reality Terror Night in 2013, Hold The Line 2016, Sleeping Dogs Lie 2018 and Sin Verguenza.

Likewise, she is even a famous tv show host. As she has hosted famous shows like Azteca and Fox Deportes. Furthermore, she has also hosted the events at Univision and Coors Light.

She received the Gabriel’s Award in excellence from Voz Latina for playing the lead role in a South American soap opera in the year 2005. Similarly, she also won Miss Mexico Fox Sports USA at the FOX Sports Pageant in the year 2009.

The estimated net worth of Joanna is around $1 million. She might earn a huge amount of money from her career. But there is no information about her salary and incomes.

The estimated net worth of her fiance Brendan is around $4.5 million.

Talking about her body measurements, she has a height of 5 feet 6 inches and her weight is around 51 kg. Similarly, her hair color is dark brown and she has brown color eyes.