Joanne Baron is an actress, acting coach, and producer. She is married.

Previously, she was married to Stephen Levine on February 24, 1980. Later, they divorced.

She is a dog lover. She also uploads her dog’s photo on Instagram. 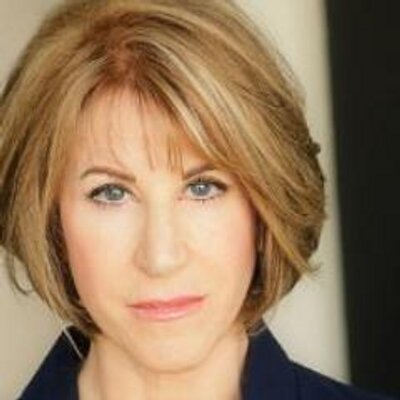 Who is Joanne Baron?

Joanne Baron is an actress, acting coach, and producer.

She is known for work in different movies such as Universal Soldier, School for Scoundrels and Spider-man 2.

In 2019, she appeared in the TV Series, Total Eclipse as the role of Ms. Reardon. Also in the movie The Creatress as a Mrs. Freeman.

She grew up in Providence, Rhode Island.

She graduated from the University of Connecticut, located in Storrs, CT, United States.

She started her movie career from the mystery and thriller movie, Eyes of Laura Mars. He appeared with an uncredited role as a Linda in this move in 1978.

In 1985, her first debuted in the TV series, The Twilight Zone as a Mrs. Taylor.

Baron acted in different kinds of movies such as Valley Girl, Real Genius, Introducing Dorothy Dandridge, Drag me to Hell, Spider-man 2, The Prince and Me, Allie & Me, Universal Soldier, Someone to Watch Over Me.

She also appeared on the Emmy award-winning TV show Mad Men, The Shield, Curb Your Enthusiasm and Law & Order.

She won the Best Actress at the River Run Film Festival, for the films Perfume, Brooklyn Babylon, and Allie & Me. She produced and acted in all the given movies.

In 2015, she won the Northeast Film Festival Award for the Best Ensemble Cast for the movie Cries of the Unborn.

Baron is a teacher of the Meisner Technique. It is an approach to actors that was developed by the American theatre practitioner Sanford Meisner.

She trained her student with Willam Esper, who is the founder of the MFA and BFA Professional Actor Training Programs at Rutgers University.

She is a co-owner and artistic director of D.W. Brown Acting Studio with her husband, D.W.Brown. Brown is also an actor, acting coach, and director. She worked here for 20 years.

The acting coach’s average salary is around $39k US.

Baron played in the movie Spiderman 2 whose making budget was $200 million. It made a collection of $783.8 million.

Movie Universal Soldier’s budget was $23 million US and it made $36 million in US gross collections.

She is a hazel-eyed blonde.