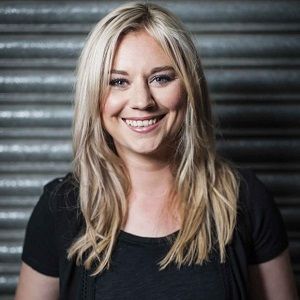 The 32-year-old British singer, Joanne is an unmarried woman. As of now, she has kept all her personal life so secret that no one is aware of. Furthermore, she has never seen with any man in the public and media to date.

Besides this, she has also kept herself out from the spotlight. Moreover, there is not even a single rumor of her. As per the reports, Joanne is enjoying her single life and living elegantly.

Who is Joanne Shaw Taylor?

Joanne Shaw Taylor is a British guitarist and singer. She is a blues-rock guitarist. As of now, she has released a couple of albums such as White Sugar, Diamonds in the Dirt, Almost Always Never, and few more. Additionally, she has won Best Female Vocalist at the British Blues Awards in 2010 and 2011.

Joanne was born in 1986, in England, United Kingdom. Talking about her nationality, she is British and her ethnicity is unknown.

From the beginning of her childhood, she had a keen interest in guitar and began to learn from a very early age. Concerning her education, there is not any information regarding her educational background.

Joanne began her professional music career in the early 2000s. Later in May 2009, she released her debut album White Sugar on Ruff Records. Just after a year, she launched her second album titled Diamond’s in the Dirt.

Both of her albums charted at number eight in the US Billboard Top Blues Albums chart. Back in 2012, she has also played lead guitar in Annie Lennox’s band at the Diamond Jubilee Concert in London. In addition, her fourth album The Dirty Truth was released on 22 September 2014 followed by the fifth studio album on 30 September 2016.

Being a famous English guitarist, she earns a decent amount of money from her profession. However, her salary and net worth are unknown.

As of now, she has won Best Female Vocalist at the British Blues Awards in 2010 and 2011. Additionally, she has also received the Songwriter of the Year award for “Same As It Never Was” from Diamonds in the Dirt in 2011.