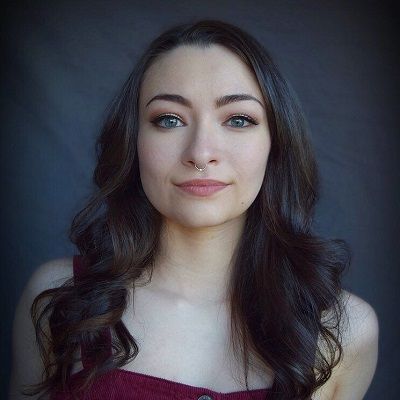 They like to cast me for scary roles. I think it's because they want you to be scared, but also to like the little girl.

Jodelle Ferland doesn’t share much about her love and seems to be single now.

Before being single, she was rumored to be dating Booboo Stewart in 2010 till 2012.

Who is Jodelle Ferland?

A famous Canadian actress, Jodelle Ferland is best known for her portrayal of Bree Tanner in the 2010 film The Twilight Saga: Eclipse.

She began her acting career at the age of two from commercials and made her notable appearances in several movies as well as TV series.

Jodelle Ferland was born as Jodelle Micah Ferland on October 9, 1994, in Nanaimo, British Columbia, Canada, under the birth sign Libra.

Ferland is Canadian as per nationality and her ethnicity is Mixed(British, French, and Austrian). She was born to the father Marc Ferland and mother Valerie Ferland.

As her family background, all belong from the entertainment industry she got highly influenced by her sister who is also an actress named Marisha Ferland.

Likewise, she has a brother Jeremy Ferland who is one of the popular musicians.

Jodelle has been homeschooled as she started working (and got busy) at the age of 2. At home, she was taught by her mom while on set, a teacher helped her in getting educated.

No further details are available on any social sites as far as we know about her education.

Jodelle Ferland started her career at a very young age. She starred in various commercials and ads when she was two years old. Ferland was just four years when she performed in the TV-movie Mermaid. She also made her films debut and received a Daytime Emmy Award nomination.

In 2006, she starred alongside Radha Mitchell, Sean Bean, Laurie Holden, Deborah Kara Unger, Kim Coates, and Tanya Allen, among others in a French-Canadian supernatural psychological horror Silent Hill. The movie is an adaptation of the well-known video game.

She plays the role of Bree Tanner in the third movie of the Twilight series, Eclipse in the year 2010. The movie starred Kristen Stewart, Robert Pattinson, Taylor Lautner, Bryce Dallas Howard, and Billy Burke, among others.

Ferland then made her appearances as a guest in the numbers of television series, Stargate SG-1, Smallville,  Dark Angel, Stargate Atlantis, and Supernaturals. She also lends her voice in the 2012 American 3D stop-motion animated comedy horror film, ParaNorman for the character Aggie.

Moreover, he voiced for the video games, BioShock 2, BioShock 2: The Protector Trials, BioShock 2: Minerva’s Den for the character Little Sisters in 2010. Furthermore, she provides her voice for Sam Maggs’s audiobook,  Wonder Women.

The actress starred in the short film The Goodbye Girl and the horror film The Unspoken, which premiered at the Film4 Frightfest Film Festival on October 24, 2015. She appeared in the Lifetime television movie My Daughter’s Disgrace in 2016.

Jodelle Ferland starred as Five in the Sci-Fi series, Dark Matter, based on the comic book series of the same name. As of 2018, she worked in the movies and TV Series like Women Seen, Frankie Drake Mysteries, and Darken: Before the Dark.

Ferland won several awards and nominations for her roles in movies and televisions series. She has won and has been nominated in her career. In 2001, she won The Young Artist Award and Young Actress Age Teen Award.

As of 2019, Ferland’s net worth is $4 million. She has earned a decent amount of money from her career.  She has appeared in many movies and TV shows in her career.

American actor Booboo Stewart and Jodelle receive different rumors that they are dating from 2010 to 2012.