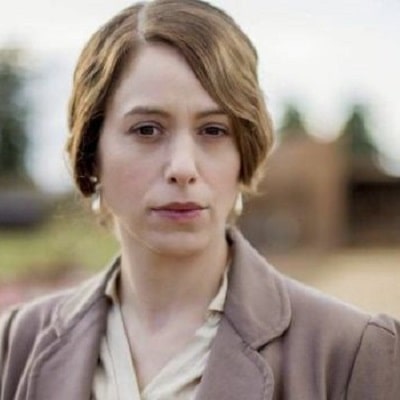 Quick Facts of Jodhi May

I simply loved education. I mean, I always loved acting as well. It really was a major passion for me, but one I felt I could only fully explore once I'd completed my degree

Pam [Ferris] is hysterically funny and often made me laugh at inappropriate moments. We both had attacks of giggles, which wasn't particularly conducive to the seriousness of the scene

Life's too short to worry about money.

Relationship Facts of Jodhi May

Jodhi May might be currently living her single life. She is very secretive about her personal information. Also, she has not been linked with any other persons neither in the past nor in the present.

Who is Jodhi May?

Jodhi May is a Brtish actress, a writer who is well recognized for starring in ‘The Last of the Mohicans’, ‘Sister My Sister’, ‘A Quiet Passion’. In addition, she is the youngest recipient of Cannes Film Festival’s the Best Actress and portrayed Maggy the frog in ‘Game of Thrones’.

She was born on 8 May 1975 in Camden Town, London, England. Her birth name is Jodhi Tania Edwards but later changed her name to Jodhi Tania May. She was born to mother Jocelyn Hakim and a German father, whose name has not been revealed yet. Also, information about her siblings is not available.

May’s mother is of French-Turkish descent and an art teacher, who as a student paid artist-designer Malcolm McLaren £50 to marry her so that she could obtain citizenship. The marriage, which occurred in 1972 ended in divorce, cost McLaren’s grandmother £2,000.

May holds British citizenship but her ethnicity is mixed (French-Turkish-German).

She attended Camden School for Girls and later went on to study at Wadham College, Oxford, from where she received a Masters in English.

Jodhi May: Professional Life and Career

Jodhi started acting when she was just 12 years old. Her first role was in 1988 film ‘A World Apart’, for which she was awarded Best Actress award at the 1988 Cannes Film Festival.

Jodhi May: Net Worth, Income, Salary

May might have accumulated a huge sum of money from her career however she has not disclosed her exact net worth, salary, and income.

Jodhi May: Rumors and Controversy/Scandal