Updated On January 30, 2023 | Published By: manji singh
Share this
Single 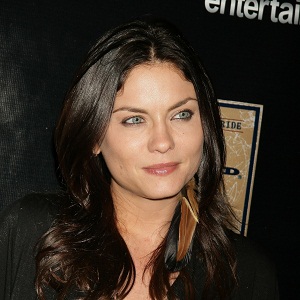 Action scenes get me so excited, and my adrenaline starts pumping

I did make some not-so-great relationship decisions when I was a lot younger. I do know that not all high school boys are great and wonderful and Prince Charming, and there are a few that are going to treat you that way

You should have seen me in my Catholic school girl skirt with my knees knocking together.

What is the relationship of Jodi Lyn O'Keefe?

She was in a relationship with John Cusack. They two had a great time with each other for 6 years. Jodi and John dated from 2003 to 2009.

They are no longer a couple anymore. The reason behind their breakup was Jodi Lyn O’Keefe wants to marry John Cusack but John Cusack didn’t want to marry so they split up.

Moreover, she loves her dog, Vivian.

Who is Jodi Lyn O’Keefe?

Jodi Lyn O’Keefe is an American actress and model. She is one of the versatile Actresses. She is known for her role in Prison Break and The Vampire Diaries. Besides this, She has been a part of different shows as a guest.

Who are the parents of Jodi Lyn O’Keefe?

Her mother is  Noreen, who is a homemaker, and her father Jack O’Keefe, Who is a director of labor relations for Merck.

She has two older sisters, Jenna and Heather. she loved to act and do modeling when she was young. When she was 8 years old She started to be a model.

She did some modeling work for a Jeans company. When she was small she learned to tap and ballet. She completed her schooling by mail.

There is no information about her educational history as she wants to make it a low profile.

Jodi Lyn O’Keefe started her career as a model when she was the age of 8. She got a role on Nash Bridges playing Cassidy, the daughter of Don Johnson’s title character. She and her mother moved to Hollywood.

In 1998, she made her big-screen debut in  Halloween H20: 20 Years Later. Then she starred in films like The Crow, Whatever It Takes, and Devil In The Flesh 2.

She was a co-star in the film She’s All That in 1999 as Taylor Vaughan alongside Freddie Prinze Jr. and Rachael Leigh Cook. She played a vampire named Layla Simmons and Venice Underground. After getting huge

After getting a huge response she went to different shows like Dharma & Greg, Boston Legal, and Two and a Half Men. In 2007, she starred in a movie like Prison Break.

She started her own clothing line, Queen George Clothing. In 2012, she launched her own jewelry line. She also starred in the movie A Nanny’s Revenge.

Talking about the rumors of Jodi Lyn O’Keefe, there was news that she and  John Cusack were dating each other.

Besides this, there are no such rumors regarding her. After all, she has neither been in a rumor nor suffered a controversy in her life.

What are the body stats of Jodi Lyn O’Keefe?

She has hair color is dark brown and her eye color is hazel blue.