Jodi Saeland is a meteorologist, marketing specialist, and blogger. She is renowned as the Broadcast meteorologist for KSTU Television and The Weather Channel. She is a married to man named Todd. 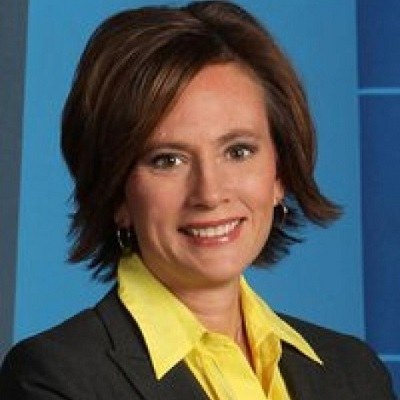 What is the relationship of Jodi Saeland?

Jodi Saeland is a married to man named Todd.

Being a private person, she doesn’t prefer to share information about her personal details including the wedding date and venue. With Todd, she has two children including a son and a daughter. She likes to call her children the coolest.

Jodi Saeland is a meteorologist, marketing specialist, and blogger. She is renowned as the Broadcast meteorologist for KSTU Television and The Weather Channel.

Currently, she is a marketing specialist for VCA Willow Creek Pet Ctr.

Jodi Saeland was born in the United  States. She is of British-Irish ethnicity.

Till the date, she has not shared details about her birthdate, father, mother, and siblings.

Regarding her educational background, she earned a bachelor’s degree from the University of Wisconsin-Madison with Honors in Applied Science major in Meteorology.

In June 1990, Jodi Saeland started her career as an on-air meteorologist for KHAS Television. She worked in television for around one and a half years. Later, she joined the TV networks including WEVV-TV, The Weather Channel, and WBBM-TV.

However, her career took a major turn when he joined KSTU Television as an on-air meteorologist. On the television, she used to make her appearance in the 9 PM news segment.

She left the television to become a blogger for Ski Utah. At the time, she contributed blogs related to ski family vacations. Also, she was associated with KSL 5 TV & KSL NewsRadio as a meteorologist and family reporter.

Apart from that, she also explored her career as a Marketing Specialist with the Veterinary Clinic, VCA Willow Creek Pet Ctr. For the company, she promotes the veterinary clinic via print, TV, and radio.

Currently, she is the marketing specialist for Bellingham Nissan.

Jodi Saeland has brown eyes with short brunette hair. She has a decent height and weight. However, details about her body stats are not available.

As of now, she has maintained a clear image as a marketing specialist. Till the date, she has not been through any sort of controversy that created a buzz in the media. Similarly, there are no rumors related to him.

You may also read the bio of Rich Hoffman, Mary Kay Kleist, and Nikki Dee Ray.

About the conversational weather approach taken by Jodi Saeland, also about the veteran Mark Eubank