Jodie Foster is an American actress and director. She has received and nominated for several awards. She is a married woman and has two children. 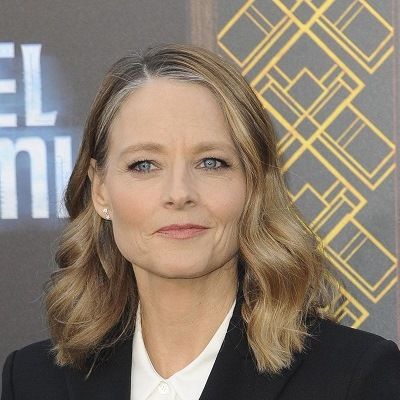 It's not my personality to be extroverted emotionally, so acting has been helpful to me.

I could tell you the criticism backward and forward about Little Man Tate (1991). But it didn't bother me as long as they were talking about the work and not about "she has fat thighs" or something. But I fared really well with "Tate", so I shouldn't be complaining.

I'm interested in directing movies about situations that I've lived, so they are almost a personal essay about what I've come to believe in.

Acting, for me, is exhausting. I'm always more energized by directing. It's more intense to direct. I can pop in and express myself, then pop out again. It's a huge passion for me.

Jodie Foster has had a romantic relationship with actress Jamie Lee Curtis. Although it can’t be verified whether they have any romantic equation, it is well known that Jodie and Jamie are very close friends.

She was in a relationship with the actress and writer Gillian Anderson, but they broke up.

Foster reportedly dated drummer Gina Schock, who was also a member of all-woman rock band The Go-Go, in the mid-eighties.

Jodie was reported to have an affair with the theatre director Tina Landau in the early 80s.

Foster started dating actress Nastassja Kinski in 1982. It was claimed that their relationship was nothing more than a fling as Foster was also involved with Landau at that time. They decided to go separate ways in mid-1983.

Then, Jodie started dating actress and former model Jennifer Beals in 1983. They decided to end their relationship by mutual consent in 1986.

Jodie was in a relationship with actor Rob Lowe in 1984. It was claimed that they had grown close while working on the movie, The Hotel New Hampshire. However, their relationship didn’t last beyond a couple of months.

Likewise, she was linked with the American tabloids author Marco Pasanella in the latter half of the eighties. They had been spotted together on numerous occasions, which further fanned their dating rumors. They had been seen jetting in together at the Los Angeles airport on a couple of occasions.

Jodie was reported to be dating actress Kelly McGillis. They had met on the sets of the courtroom drama, The Accused. They had fallen in love while working in the movie.

Jodie was linked with actor Russell Crowe. They had reportedly met at a Hollywood party, which had eventually resulted in a date. They had attended the Golden Globe Awards in 2000 together. Then, they were seen kissing and hugging while shopping for music CDs on Sunset Boulevard in Los Angeles.

Jodie was linked to producer Cydney Bernard in 1993. Jodie is known for her preference for keeping her personal life away from the spotlight and she sought to keep her relationship with Bernard completely secret.

Foster had allegedly fallen for another woman and Bernard, who had given up her career to support Foster and raise their two sons, was heartbroken.

Jodie had dumped Cydney Bernard because she had got involved with scriptwriter Cynthia Mort. They had met in 2006 on the sets of the movie The Brave One. Cynthia was attached to the project as a scriptwriter. Their relationship had really heated up in 2007 and by the summer of 2008, she was all set to move in with Foster.

Moreover, Foster started dating actress and director Alexandra Hedison in 2013. They took their relationship to the next level the following year by getting married on April 20, 2014, a private and low-key ceremony.

Unlike her previous relationships, Jodie had made a lot more public appearances with Hedison.

Who is Jodie Foster?

Jodie Foster was born in Los Angeles, California, the United States on November 19, 1962, as Alicia Christian Foster. She is currently 57 years old.

Her mother’s name is Lucius Fisher Foster III and her mother’s name is Evelyn Ella Almond. Her father was a U.S. Air Force lieutenant colonel who later turned into a real estate broker. Whereas, before Jodie was born her parents got separated.

Talking about her profession, Foster started her career in the movies at the age of three. Aso, she starred as a ‘Coppertone girl’ in a television commercial and made TV debut in 1968, in the episode of Mayberry R.F.D. In the year 1969, she appeared in episodes of ‘Gunsmoke’, ‘Daniel Boone’ and ‘The Courtship of Eddie’s Father’.

In the following year, she debuted in the television movie, ‘Menace on the Mountain’, in which she worked with Martin Scorsese.

Whereas as a child artist, Foster appeared in many Disney movies, like, ‘One Little Indian (1973)’ and ‘Napoleon and Samantha (1972)’. In her teens as well she continued to work with the Disney movies. Likewise, as a teenager, she made appearances on the French pop music circuit as a singer.

In the year 1976, she acted in movies like: ‘Taxi Driver’, ‘Bugsy Malone’, and Freaky Friday’. Foster’s movies as a grown-up artist were commercially and critically panned. With the release of ‘The Accused’ in 1988, she achieved the breakthrough in her career.

In the year 1991, she gave her first blockbuster with ‘The Silence of the Lambs’, starring opposite Anthony Hopkins. In the same year, Foster made her directorial debut with ‘Little Man Tate’.

During 1995, Foster also experimented with direction again and directed ‘Home for the Holiday’. Additionally, Foster acted for the first time in a science fiction film ‘Contact’ in 1997, starring opposite Matthew McConaughey. In the next year an asteroid, ‘17744 Jodiefoster’, was named after her.

In addition, Foster’s biggest commercial success came with the ‘Panic Room’ in 2002. Also, she starred in the American thriller along with Forest Whitaker, Jared Leto, Kristen Stewart, etc. In the mid-2000s, Foster did some big-budget movies like, ‘Inside Man (2006), starring along with Clive Owen and Denzel Washington, ‘The Brave One’ (2007)’.

Moreover, Foster directed a black comedy, ‘The Beaver’, in 2011, starring Mel Gibson. The movie failed to get the revenue and received mild critical appreciation. In the same year, she acted in ‘Carnage’. Very recently, in 2013, Foster acted in the second science fiction of her film career, ‘Elysium’, starring along with Matt Damon.

In the year 1996, she was honored with the Crystal Award by Women in Film for being an outstanding woman, with her brilliant efforts and natural talent, which helped to magnify the role of women in the entertainment industry.

She has an estimated net worth of around $100 million (as per 2020 data) and she has earned that sum of money from her professional career.

There was a rumored to be having a romantic equation in the past with Gillian Anderson. Another, rumor Foster was in a relationship with actor Rob Lowe in 1984.

Jodie Foster has a height of 5 feet 3 inches. Additionally, she weighs is 51Kg. Her hair color is blonde and her eyes color is blue.