Jodie Turner-Smith is a British model, actor. She has modeled for one of the top brands. Jodie is married to Joshua Jackson and is the mother of one kid. 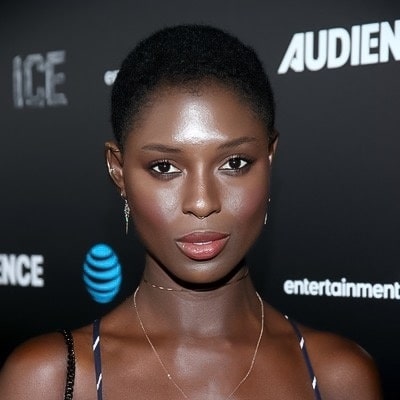 The first job I booked was on 'True Blood.' I played a blood siren: It's a very complicated relationship that I have with America. I love it so much. And I also see the places where it's flawed: While I might not have a specific experience that is fully American, there is still a knowledge, something that I logically understand as a black woman and a black woman who is existing in America and a black woman who is in the diaspora that are just known quantities that I think anyone can relate to who is black.

Jodie Turner-Smith is married to Joshua Jackson since December 2019. They had a secret wedding. Joshua is an American-Canadian actor. The couple has a daughter born in April 2020.

They started dating from October 2018. The couple often goes to visit new places together and often posts pictures of together in their respective social media account.

Previously, her husband Joshua had an affair with Diane Kruger from 2007-2016.

Who is Jodie Turner-Smith?

Jodie Turner-Smith is a British model and an actress of Jamaican roots, who is recognized for her appearance in The Last Ship (2017-2018) and Nightflyers (2018).

Her latest movie is Without Remorse.

She was born on 7th September 1986 in Jamaica. Her birth sign is Virgo. She was born to Jamaican parents; Eron Smith (father) and Hilda Smith (mother). She has a brother, and a sister, Brandon Antonino Giovanni Smith, and Toni Gasson-Smith respectively.

Jodie holds British citizenship but her ethnicity is All-English.

Smith graduated from the University of Pittsburgh. She was also educated at Gaithersburg High School, a Public school in Gaithersburg, Maryland.

Initially, she started her career as a model for top brands. Although she has not been listed on the list of top celebrities today she is amongst the most skilled ones.

After that, she began appearing in movies and tv series. She made her appearance in ‘The Neon Demon’, ‘Lemon’, ‘Nightflyers’, and many more.

She made her notable appearance in the show called ‘True Blood’. Also, she appeared in ‘Mad Dogs’, and ‘The Last Ship’.

Achievement and Net Worth

In addition, she appeared in the Universal picture ‘Queen & Slim’ along with Oscar-nominee Daniel Kaluuya. Furthermore, she appeared as Josie in the series ‘Jett’ in 2019. She is currently busy with her upcoming film ‘After Yang’ and she will depict the role of Kyra.

Smith’s net worth is estimated to be $500k. Her husband, Joshua has an estimated net worth of around $8 million.

She is rumored to be dating a Canadian-American actor, Joshua Jackson and they were also seen at several places due to which their fans speculated that they both are dating. Also, they went together to Los Angeles where they went for coffee and looked around a few shops. The rumor ended after she posted a video confirming her relationship.