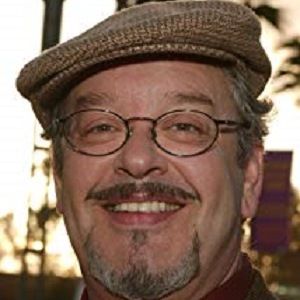 On talking about his relationship, he was not very open when it comes to his private life. He was single before he expired.

Also, there is no information about his other affair or romantic life.

Who was Joe Alaskey?

Joe was an American actor, stand-up comedian, voice artist, and impressionist. Likewise, he was famous for his voice acting contributions to the Tiny Toon Adventures animated series and to select Tom and Jerry; Rugrats; and Looney Tunes films. Additionally, he also lent his voice to the Lego Batman 3: Beyond Gotham video game.

Joe Alaskey was born in Troy, New York, the United States on April 17, 1952, aged (63). He was the son of Joseph Francis Alaskey Jr.(father), and Domenica De Sorrento De Luca Alaskey (mother). He was interested in archeology at the age of ten.

Then, after archeology, he was wanted to become a priest and an English teacher. During the 1970s he also worked in insurance while the acting was getting started.

He has a sibling namely, John Ned Alaskey. He belonged to American nationality and English ethnicity. His birth sign was Aries.

On talking about his profession, during 1985, he also provided various voices for Galtar and the Golden Lance. Similarly, he was in several television shows including Night Court, Head of the Class, Back to the Future, and Spitting Image: The 1987 Movie Awards. Likewise, his first major film was Who Framed Roger Rabbit as Yosemite Sam.

Additionally, he did voice work for non-Warner Bros. characters. In addition, he had also voiced Grandpa Lou Pickles on Rugrats (inheriting the role after David Doyle’s death in 1997). Likewise, he also voiced Lou again in the Rugrats spin-off series, All Grown Up!, as well as the Rugrats film trilogy. Whereas, he also created the voice of Thomas Timberwolf for the internet series TimberWolf, created by animation legend Chuck Jones.

Then, he was also the voice of Curt Connors in the Spider-Man 2 video game and Doctor Octopus in Spider-Man: Friend or Foe. In fact, he was in the independent film The Legend of Sasquatch and voiced Mermaid Man in the video games SpongeBob SquarePants: Lights, Camera, Pants! and SpongeBob SquarePants: Creature from the Krusty Krab. Similarly, he also voiced Stinkie in Casper as well as that film’s 1996 animated spin-off.

During 2008, he also participated in a unique interview conducted by Logan Leistikow and released by TheYellowMic.com. In fact, he was the primary voice for Plucky Duck on Tiny Toon Adventures. During 2014, he also started narrating the television documentary series Murder Comes to Town, which airs on the Investigation Discovery Network.

He was nominated for Annie Award for Outstanding Voice Acting in an Animated Feature Production for Looney Tunes: Back in Action (2003). Then, he was nominated for BTVA Special/DVD Voice Acting Award for Best Vocal Ensemble in a TV Special/Direct-to-DVD Title or Short for Tom & Jerry: Back to Oz (2016). He won Daytime Emmy Award for Outstanding Performer in an Animated Program for Duck Dodgers (2003).

There is no information regarding his income, salary. Whereas, his net worth is around $ 1.9 million.

Joe’s hair color was blonde and his eye color is brown. His height, weight, and shoe sizes are unknown.

Also, read the affair, salary, the net worth, controversy, and the bio of  Richard Belzer, Rebel Wilson, Amy Stiller