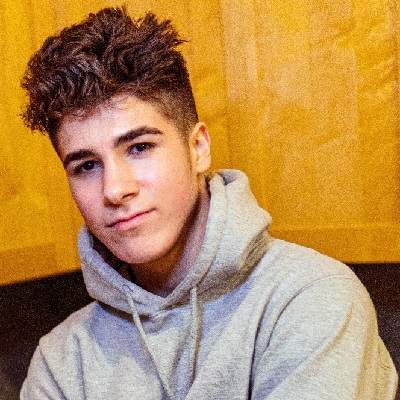 Joe Albanese is neither married nor dating somebody. As of now, his relationship status is single.

He hasn’t shared any info related to his previous girlfriend. Currently, he is focused on his career as a social media star.

Perhaps, the TikTok star is waiting for someone special in his life.

Who is Joe Albanese?

American Joe Albanese is a rising TikTok Star. He is renowned for his comedy videos on TikTok that went viral on the web.

He is a YouTuber and Instagram star too. Also, he is the brand ambassador of Bang Energy.

Joe Albanese was born on the 22nd of December 2001 in New York, United States. His mother, Denise Viglione-Rivera is of Spanish-Italian ethnicity.

He is the eldest among his two sisters. His sister graduated back in 2018.

Joe Albanese started uploading his content in the TikTok account back in February 2019. His very first video on TikTok earned 33.9k likes in no time where he is showing his dance moves full of energy.

Moving forward, his second video obtained a drastic rise in his followers with 4.8 million views where he is carrying a blue hair wig. His energy level in the TikTok videos is the primary source of attraction.

With each passing video, more and more viewers joined his TikTok account. Later, he started creating comedy videos too along with his family. As of now, his TikTok account has over 28.9 million followers with over 666.3 million likes.

He has also uploaded duets with fellow social media stars like Hailey Orona and Scarday.

Besides being a TikTok star, he is also Instagram Influencer too. On Instagram, he has more than 913k followers.

In the earlier days, he used to upload gym videos. Moving forwards, he started uploading comic videos too. On the account, he is following the personalities like Tony Lopez, Loren Gray, and Andre Swilley.

Back on the 3rd of August 2018, he created his YouTube channel that has over 484k subscribers with around 3.9 million views. However, he started uploading his videos back on the 30th of March 2019. In the channel, he uploads similar content like TikTok and Instagram.

Besides that, he also makes it through his Instagram post. Through his YouTube channel, his earnings range from $7.2k – $115.8k. Also, as a brand ambassador of the Band Energy, his earnings are $22k to $66k.

As of now, he has managed to far from any kind of controversy that created headlines on social media. Also, there are no rumors related to him.

Joe Albanese has brown eyes with dark brown hair. His height is 5 feet 8 inches and weighs around 75 kg.