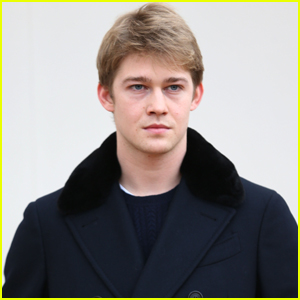 I was really interested in acting and thought secretly I could do it but didn't tell anyone. It was a quite private thing that I wanted to do.

I wasn't one of those kids who get up on the table and dance at a young age, but I always wanted to be an actor.

I still use my iPod all the time.

What is the relationship of Joe Alwyn?

Joe Alwyn is currently not married but is in a relationship with Taylor Swift. The couple is dating since October 2016.

This couple is following the rule of staying at home due to the coronavirus pandemic. Recently, Joe has shared their quarantine photo in the media.

Who is Joe Alwyn?

Joe Alwyn is a British actor. He is known for playing the titular role in the war film Billy Lynn’s Long Halftime Walk.

Alwyn was born on February 21, 1991, in North London, the United Kingdom to a psychotherapist mother, Elizabeth Alwyn, and a documentary filmmaker father, Richard Alwyn.

He was raised either in London’s Crouch End or Tufnell Park neighborhood (sources vary) and was educated at the City of London School.

He was an introverted child but he secretly wanted to be an actor. Thus, he became a member of the National Youth Theatre in his late teens.

Joe studied English literature and drama at the University of Bristol; and acted in two student productions at the Edinburg Fringe Festival. After graduating in 2012, he enrolled at the Royal Central School of Speech & Drama.

Within two weeks, he graduated in early 2015. Alwyn acquired agency representation and was cast in the leading role of Ang Lee’s Billy Long Halftime Walk.

In 2016, Joe Alwyn started his career by playing the titular role of Billy Lynn in his debut was filmed Billy Lynn’s Long Halftime Walk directed by Ang Lee, and based on the novel of the same name by Ben Fountain.

IN 2017, Alwyn had a supporting role as a brooding student in the drama film The Sense of an Ending, directed by Ritesh Batra.

He has been cast in the period drama The Favourite, directed by Yorgos Lanthimos, as Masham, the love interest of Ema Stone’s servant character.

Joe Alwyn estimated his net worth at around $5 million according to the sources. However, his salary is unknown.

There are not exactly rumors and controversy over Joe but there was a rumor of his relationship with Taylor Swift because they were in secret relation.

Looking for the physical appearance of Joe Alwyn, his height is noted to be 6 feet 1 inch with a balanced weight of 75 kg.

He has blond hair color and blue eye color.