Joe Arpaio is an American law enforcement officer. Joe is a one-woman man and is married to Ava Arpaio. 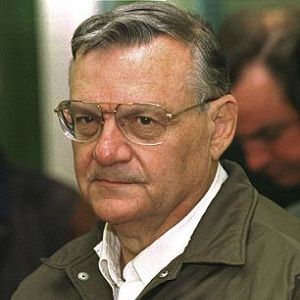 I'm an equal-opportunity law-enforcement guy - I lock everybody up

I get a lot of calls from families and people who have served time and they say, 'Thank you, Sheriff. I hate the tents.' That's music to my ears.

What is the relationship of Joe Arpaio?

Joe Arpaio is married to Ava Arpaio since 1958. The couple looks good together and it seems they are made for each other.

They got married in 1958. They have a good love life and both of them are taking good care of each other. There is no sign of getting a divorce.

They have two children and now they are the grandparents of four grandchildren.

His wife is a fighter

Joe’s wife Ava was bitten by a rattlesnake in May 2019 at her at their Fountain Hills home. The snake bit her at her left foot area. She was rushed to the hospital asap and fortunately, she recovered in a few days.

“She’s tough. If she can put up with me for 60 years, then she can handle a snake bite,”

In 2018, she recovered after battling cancer.

Who is Joe Arpaio?

Joe Arpaio is a former American law enforcement officer and also a renowned sheriff from the United States.

Talking about his early life, he was born on June 14, 1932. He experienced his childhood in Springfield, Massachusetts. His birth name is Joseph Michael Arpaio.

He belongs of American Nationality and Caucasian ethnicity. His father and mother were Italian. His mother died while giving birth to him, he experienced his childhood days with his father. Hence he was raised by his dad.

There is no information about his educational background. After his high school days, he helped in his father’s business.

At first, Joe Arpaio started his career in the US army. But later on, he left the American army and joined as a police officer in the United States.

Besides being a police officer he also became a Special agent. After spending half of his life as an army and police offer he was given the post of Sheriff in 1992.

After giving his entire life for the betterment of the country as an officer, he claimed himself as the toughest man for keeping the law in the states.

Joe Arpaio has also been in several fights against some other lawmakers. He was active in making several American laws.

He has a net worth of $500 thousand but his salary is unknown.

Talking about the rumors and controversy, there was a controversy when he started to misuse the law but later president Donald Trump excused him for his mistake.

Moving towards his body measurements, Joe Arpaio has a height of 5 feet 7 inches (1.7 m).

He has light hair color and his eyes are black color.