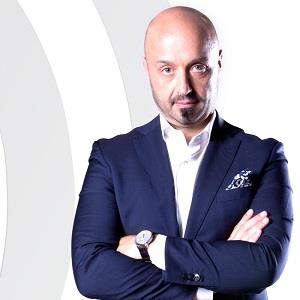 Pasta is the one food I can't live without. It's the food I eat to fuel my running.

The menu should be part of the entertainment, part of the dining experience. It's kind of like reading the 'Playbill' when you go to the theater. It should be an alluring and interactive document. Does it have burn marks on it from the candle? If you ever get a greasy menu with food stains on it, it's time to run like hell.

I prioritize in life. I like to work, I do TV shows, I do a lot of Iron Man training. I enjoy kicking back on a good night and drinking wine until I go to bed, and having fun with my friends. You just have to make time for it and keep it balanced.

The general manager is kind of like the step into darkness when you reach the top of the league. As GM, you're responsible for everything, including the maitre d's and the sommeliers - all these people who have their own agendas. But you probably make less than the maitre d' and have a lot more work and a lot more headaches.

Joe Bastianich is a married man. He lives in New York, New York, with his wife, Deanna Bastianich. The pair’s wedding ceremony took place on February 19, 1995.

Who is Joe Bastianich?

Joe was born in Astoria, New York City, New York on September 17, 1968, to parents Felice(father) and Lidia Bastianich(mother). Throughout most of his early life and childhood years, he grew up working in his parents’ Italian restaurant Felidia in Manhattan. He is of American nationality. Furthermore, he belongs to a mixed ethnic background of Italian, Croatian, and Slovenian.

Initially, Joe spent many years on Wall Street as a bond trader. Soon, he gave up his newly launched career and ventured into the food industry. He opened Becco (Italian for “peck, nibble, savor”), an Italian restaurant with his mother, Lidia Bastianich in 1993. Next, he partnered with Mario Batali to open Babbo Ristorante e Enoteca, an Italian restaurant that gained the prestigious three stars from ‘The New York Times’.

He in partnership with Luca Guelfi, Simona Miele, and Belen Rodriguez launched the grand reopening of a historical Restaurant in Milan called Ricci on June 22, 2015. Joe is also a successful author. He has co-authored two award-winning books on Italian wine, and his memoir, ‘Restaurant Man’, became a New York Times Best Seller within a week of its release in May 2012.

In 2008, he was presented, along with Batali, with the Outstanding Restaurateur Award by the James Beard Foundation.

Joe has not revealed his current salary. However, he has an estimated net worth of around $15 Million.

There was a rumor going on during 2014 that suggested that Joe is soon leaving ‘MasterChef’ franchise. This later turned out to be true. Furthermore, his departure from ‘MasterChef’ also became a controversial topic for a while. Additionally, Joe also became part of a controversy after one of the contestants of MasterChef accused the judges of the show of sexual harassment.

Talking about his body measurement, Joe has a height of 6 feet or 1.85 m and weighs 70 kg. When he was obese, he had become 110 kg. Additionally, he is bald and his eye color is blue.