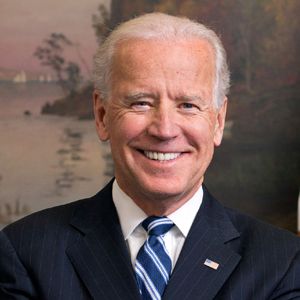 Fighting corruption is not just good governance. It's self-defense. It's patriotism

We didn't crumble after 9/11. We didn't falter after the Boston Marathon. But we're America. Americans will never, ever stand down. We endure. We overcome. We own the finish line.

What is the relationship of Joe Biden?

Joe Biden married Jill Biden as his second wife on June 17, 1977. His wife and the First Lady of America Jill is a professor of English at Northern Virginia Community College.

Joe and Jill have a daughter together named Ashley Biden.

Jill said “YES” to him on his fifth proposal. Joe’s brother set up their first date. Jill says that she was very confused at the first time to be in a relationship with him because he was 9 years elder than her. But after meeting him she realized that they had good compatibility.

After the wedding, they went on their honeymoon even taking the boys(Joe’s children from his first wife).

He was married to Neilia Hunter. His late wife Neilia an American educator died on December 18, 1972. Joe married Neilia on August 27, 1966, in a ceremony held in a Catholic church.

Who is Joe Biden?

He was the Vice President of America who worked with President Barack Obama.

Joe Biden was selected as Vice President twice when Barack Obama was re-elected in 2012. He became the fifth-youngest U.S. senator in history as well as Delaware’s longest-serving senator.

Joe was also famous for his work on Criminal Justice Issues. Joe also had a major role in rebuilding the U.S. Economy.

In the 2020 Presidential election against Donald Trump, Joe bid the record of Barak Obama of most votes for any US presidential candidate. Joe received over 72 million votes whereas Obama had 69 million votes.

Joe is the eldest son of a family with Valerie, James, and Frank as his siblings. He was born to a Catholic family and his mother was Irish whereas his paternal grandparents were of English, French, and Irish ancestry.

In which school did Joe Biden attend?

Joe Biden started his education at St. P Paul’s Elementary School in Scranton and St. Helena School before going to Archmere Academy. He was an average student but had his leadership qualities along with his talent in football.

After finishing his education at Archemere Academy he was educated at the University of Delaware to study History and Political Science.

After his graduation, he got admitted to Syracuse University Law School and graduated in 1968. He got married while he was studying.

Joe started to practice law firm after his education and parallelly went to politics and became a member of the Democratic Party. In 1972 he became Representative of Delaware after winning the election against J.Caleb Boggs.

In between, he was in the trauma of an automobile accident with her wife and children in which he lost his wife and daughter yet he took the oath of office in 1973.

He worked hard and formulated several foreign and domestic policies and became one of the Senate’s leading experts on foreign policy.

Joe also became a member of the International Narcotics Control Caucus. He also tried to become the president but didn’t get much support and was not selected in 2007.

In 2008 the Obama-Biden ticket won the election. Barack Obama respected Joe very much for his successful political experience.

Joe became the 47th Vice President of the nation and helped the president stabilize the American economy in the wake of the global economic recession.

Both the political leaders raised their respect among citizens and were re-elected in 2012.  Joe was in the position of vice president till 2017 and proudly worked for developing the nation.

There are numerous honors he received as a vice president of the nation which cannot be counted quickly even on paper.

Apart from it he also received a George Arents Pioneer Medal, Syracuse’s highest alumni award, and received The Golden Medal of Freedom award from Kosovo in 2009.

Joe has served his country as a vice president for many years and has his governmental salary from which he has saved certain money.

He has a current net worth of $11 million.

Rumors about changes in vice-presidential candidates have already burst up at times in recent presidential elections.

How tall is Joe Biden?

Joe Biden age 77 stands at the height of 6 feet.

He has blue eyes and grey hair. Furthermore, there are no details on his body mass.

Joe has an impressive list of followers on his social media.

He often tweets about his work and his views on Twitter and has more than 3.68 million followers on Twitter.

Joe Biden’s dog Major is a White House hero! Find out why