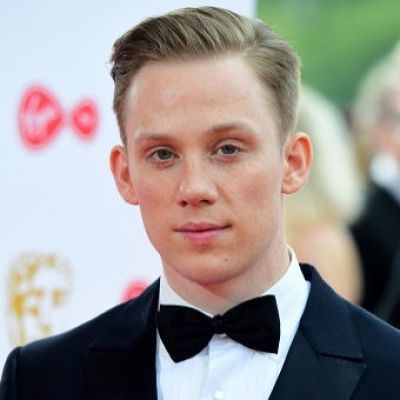 Talking about his love life, Joe Cole is presently single and he is not dating anyone at the moment. He might be focused on his uprising career at the present.

Moreover, Joe has never spoken anything about his relationship details or affairs news in the media and public. He seems to be private in nature and has maintained his profile low-key.

Who is Joe Cole?

Joe Cole is a well-named British actor and Television personality. Cole is widely famed for his role as Luke in Skins, Tommy in Offender, and John Shelby in Peaky Blinders.

Moreover, he is also renowned for his act in Secret in Their Eyes, Green Room, A Prayer Before Dawn, and so on.

Joe Cole was born on 28 November 1988. At present, his age is 32 years old. Likewise, his birthplace is Kingston upon Thames, London, England, the United Kingdom.

Joe is the son of his father, Michael Cole whereas his mother is Elizabeth Jacquest. Moreover, he has four brothers among which one is Finn Cole and he is also a well-named actor

Talking about his nationality, Cole holds a British identity whereas his ethnicity is English.

Regarding education, he attended National Youth Theater. Later, he started his career in the theatrical role.

Professionally Joe started his career after studying at the National Youth Theatre. He began his career in the year 2010 and had guest star roles in the police procedural, The Bill(1984-2010), and the medical drama “Holby City(1999-)”.

He got his first roles in a one-night show in the West End, on The Bill and Holby City. Then, the star performed at the Bush Theatre’s sell-out School Season. Cole then featured in a comedy series with Matt Lucas.

The talented star also became a part of the fourth season in an episode of Charlie Brooker’s Black Mirror. Eventually, he earned a BAFTA nomination for Best Actor. Likewise, Joe also performed the role of Moore in A Prayer Before Dawn which led him to earn Best Actor at the 2018 British Independent Film Awards.

Cole has also performed in Happy New Year, Colin Bustead, One of these Days, and Against The Ice from 2018 to 2021. Some of his television appearances are The Hour, Pure, Black Mirror, Gangs of London, and Injustice.

A talented English actor, Joe has earned a handsome amount of money from his profession. He has been active in his profession from the year 2010 till the present.

Joe has never been part of any controversial matter or rumors till now. The actor has been preoccupied with his professional and public life.

It seems that Cole prefers enjoying his personal life and does not want to merge it with his professional life.

32 years old star, Joe has dashing looks, a muscular and athletic body, and an admirable personality. He stands at a height of 5 feet 11 inches. Also, he has a balanced bodyweight of 75 kg.

Furthermore, Cole has blue eyes whereas his hair is blonde. His body measurement is 42-31-15 inches(chest-waist-biceps) respectively.

Regarding his social media presence, Joe Cole is an active personality on social media. Joe has more than 1.1 million followers on his official Instagram account @theotherjoecole.

He is also active on Twitter with around 95.5k followers.

Moreover, Cole is also available on Facebook with nearly 10.7k fans and supporters.