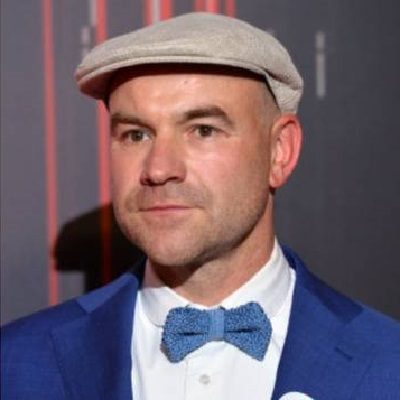 Joe Duttine is engaged with his co-star, Sally Carman (a.k.a. Abi Franklin). The couple announced their relationship through an Instagram post on the 27th of March 2020.

The love between the two was a slow and magical process. They first met at the set of the soap. First, they became co-star later they became friends. With each passing moment, they started being attached to each other. Eventually, they found out they love each other.

As of now, they are leading a happy life with each other. However, the couple has not shared their future plan regarding their marriage.

Who is Joe Duttine?

American Joe Duttine is an opera soap actor. He is renowned as Tim Metcalfe of Coronation Street and Malcolm Cox of Life on Mars.

Joe Duttine was born on 30th June 1970 in Halifax, West Riding of Yorkshire, England to Geoffrey Duttine. He is of British-Irish ethnicity.

The actor and stage artist, John Duttine is his uncle. As a child, he was love in the profession of his uncle, John that lead him to the entertainment industry. For that, he moved to London and joined the Drama Centre in London.

In the School, he learned Stanislavski’s system of method acting along with his classmates; Craig Kelly and John Simm who became actors in the long run.

In 1992, Joe Duttine started his acting career with the TV series, Between the Lines as an officer. Following that, he appeared in TV series like Lovejoy, Every Silver Lining, and Scarlet and Black as some minor roles.

Following that, in 1993, he portrayed the role of a Stage manager in the mini-series, The Buddha of Suburbia. With the role, he left an impact on the TV industry. After that, in 1994, he appeared in the TV series, Pie in the Sky as Steve.

Apart from that, he also made his appearance in some TV movies. There name along with the year and the character name is-

In 2003, he appeared in the TV series, Serious and Organised as D.C Tony Finn. In the series, he was portraying the character of D.C. Tony Finn. Following that, he made his appearance in TV series like Silent Witness, The Time of Your Life, Mumbai Calling, and many more.

The year before he was nominated for the same award. As of now, he has already completed 850 episodes with the soap.

Lyndie Greenwood seems too busy in making her career, No sign of being in relationship or getting married