Joe Giudice's wife is Teresa Giudice and they have four kids. 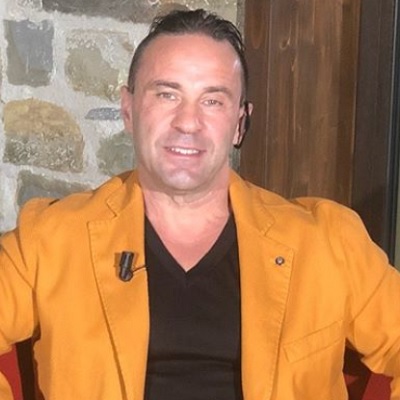 Joe Giudice is married to Teresa Giudice. They married on 23rd October 1999.

As of 17th December 2019, Joe and Teresa announced that they have separated after 20 years of marriage.

Who is Joe Giudice?

Joe Giudice is an American reality TV personality and entrepreneur. Joe is well-known as the husband of the famous TV personality Teresa Giudice of The Real Housewives of New Jersey.

Joe Giudice born as Giuseppe Giudice on 22nd May 1972 in Saronno, Italy. He is the son of Frank Giudice and Filomena Giudice.

Similarly, he has a brother Pete and a sister Maria.

Joe is an entrepreneur and owns a business in New Jersey.

He has appeared in American drama TV show The Real Housewives of New Jersey from 2009 to 2016. Similarly, he also credited in the reality TV series The Apprentice, Good Morning America, Today, and Entertainment Tonight.

From the year 2011 to 2016, he appeared in The Insider, The Real Housewives of New Jersey and Entertainment Tonight. Similarly, from 2014 to 2017, he starred on the TV series Extra where he appeared on ten episodes.

He owns a private company G & G Stone & Stucco from where he receives an annual income of $500,000 to $1 million US. Similarly, he has a lavish apartment in Italy.

The estimated net worth of Teresa is -$11 million US.

The 47 years old TV personality’s federal prison sentence came to end. He was charged for committing fraud. He remained in federal prison and transferred to an immigration detention center.

In July 2013, the couple was charged in 39 federal fraud charges, conspiracy to defraud lenders and illegally obtain mortgages and other loans and for hiding assets and income during the bankruptcy case.

In March 2014, Joe and Teresa pleaded guilty of multiple fraud charges in Newark Federal Court. Similarly, on 2nd October 2014, Joe was sentenced to 41 months in prison.

On 14th March 2019, Joe was released from prison and was transferred to an immigration detention center.

Joe has dark hair and brown eyes. He is 5 feet 5 inches tall.

You may also read the age, parents, career, net worth, body measurement and social media of Melissa Gorga, Dana Alexa, and Charrisse Jackson