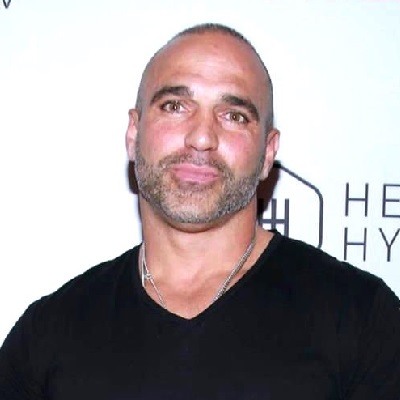 What is the relationship of Joe Gorga?

Joe Gorga is married to Melissa Gorga. His wife is a reality TV personality recognized as the cast of The Real Housewives of New Jersey.

The couple exchanged vows on the 20th of August 2004. Together, the couple is blessed with three children; Antonia, Gino, and Joey.

Who is Joe Gorga?

Joe Gorga is a TV Personality and businessman. He is renowned for Bravo’s TV series, The Real Housewives of New Jersey.

Last, in 2020, he appeared in the TV series, Watch What Happens: Live as a guest.

Joe Gorga was born as Giuseppe Gorga on the 21st of August 1979 in Paterson, NJ to Giacinto Gorga and Antonia Gorga. He is of Italian ethnicity.

He has an elder sister, Teresa Giudice. Teresa is a reality TV star popular for Bravo’s TV series, The Real Housewives of New Jersey.

Talking about his educational background, he is an alumna of New Jersey City University.

In 2010, Joe Gorga came into the limelight with the TV series, The Real Housewives of New Jersey. In the series, he was featured as his brother, Teresa, and husband of Melissa. Since then, he is making his appearance on a regular basis.

Apart from being a TV personality, he is also a businessman. He owns several business ventures including landscaping and trash business.

Recently, he is expanding his career as a real estate agent. In 2020, he made over $2 million filliping his houses. He often posts deals on his business on Instagram.

Apart from that, he also makes it through his other business ventures too.

Back in 2009, he and his wife, Melissa brought a Montville-based home worth $950 Thousand. The house consists of 6 bedrooms, Movie Theater, Gym, Library, Recording Studio, Pool, and a hair salon.

Joe Gorga has brown eyes with black hair. He stands at a height of 5 feet 6 inches and weighs around 75 kg with build body type.

Back in 2012, he was sued for multiple cases especially for unpaid bills. At the time, A Window Company sued for a $25,000 paycheck. The company claimed that they never received the outstanding amount.

During the court case, the company even mentioned that Joe is flaunting his wealth in the national media whereas he has not even paid the bill worth $25 Thousand.

You may also read the bio of Alice Evans, Sarah Bolger, and Emma Davies.

Heartbreaking news! Husband Joe of Teresa Giudice cannot return to the USA to meet his family after deportation to Italy!