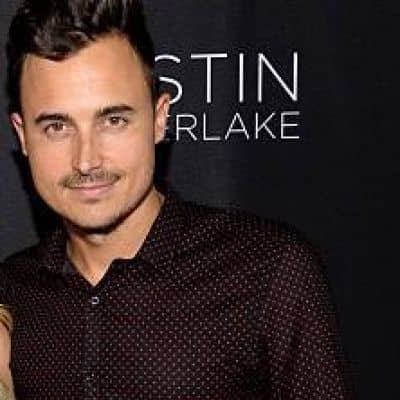 Talking about his relationship details, Joe King is a married man. He is happily living a married life with Candice Accola. Accola is a popular American actress, singer, and songwriter who is popular for her role as Caroline Forbes in The CW supernatural drama series, The Vampire Diaries.

The couple met for the first time at a Super Bowl event in February 2012. They got engaged in May 2013 and eventually tied the knot on 18 October 2014 in New Orleans, Louisiana.

Later, they announced their first child as a daughter, Florence May on 15 January 2016. The love birds welcomed their second daughter, Josephine June on 1 December 2020.

Previously, King was married to Julie when he was 19 years old. They had two daughters named Elise Madison Kings and Ava Julie King, together.

Who is Joe King?

Joe King is a well-recognized American musician, guitarist, vocalist, singer, and songwriter. King is the co-founder of the Denver-based rock band, The Fray.

Moreover, their debut studio album, How to Save a Life(2005) has peaked at number 1 in Australia, number 2 in New Zealand, number 4 in the UK and Ireland.

Joe King was born on 25 May 1980. At present, he is 40 years young guitarist. Likewise, his birthplace is Colorado, the USA.

Not much is known about his father and mother details, Joe has been secretive towards his family details. Moreover, he has not shared his sibling’s information in the public till now.

Talking about his nationality, King holds an American identity whereas his ethnicity is Caucasian.

Regarding education, the musician attended Faith Christian Academy in Arvada, Colorado, and completed his education. He learned to play the piano at an early age but later dropped it and started playing the guitar instead.

Joe is a guitarist, musician, singer, and songwriter by profession. Additionally, he is a member of the band, The Fray and he takes the role of the guitarist, backing vocalist, songwriter, and co-founder. Talking about his band, The Fray released his first EP, Movement EP in 2002. He sand lead on two songs on the EP- It’s for You and Where You Want To.

Moreover, the band released Reason EP in 2003 and then signed a contract with Epic Records in 2004. Its first album, How to Save a Life was released in 2005 and it gained high attention among the public. Similarly, the band released their second album, the Fray in 2009. King has written the second single off the album named Never Say Never.

King was the singer in the song, Undertow, off the Timbaland album, Shock Value 2. He is also the co-writer and co-producer of the song, Alright With Me. The song was included on American Idol winner Kris Allen’s debut album, Kris Allen.

A famed multi-talented personality, King has earned a handsome amount of money from his profession. He has been active in his profession from the year 1999 till the present.

It is reported that Joe King has an estimated net worth of $3 million.

Joe has never been part of any controversial matter or rumors till now. The star has been preoccupied with his professional and private life.

It seems that King prefers enjoying his personal life and does not want to merge it with his professional life.

40 years young star, Joe has handsome looks and an admirable personality. He stands at a height of 6feet 2inches. Also, he has a balanced body weight of 77kg.

Furthermore, King has hazel eyes whereas his hair is black.

Regarding his social media presence, Joe King is an active personality on social media. Joe has more than 325k followers on his official Instagram account @josekingseco.

He is also available on Twitter with more than 14.2k followers.

However, the musician is not active on Facebook at the moment.