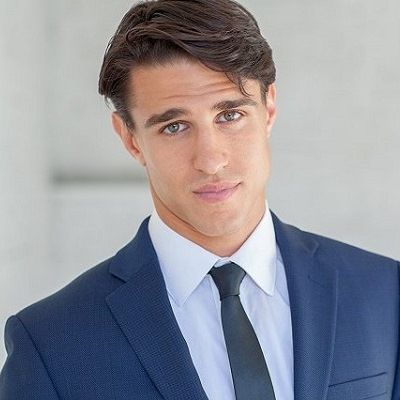 Joe LoCicero got engaged to Gina Rodriguez in July 2018. They celebrated her 34th birthday (on 30 July) at Mexico’s Hotel Casa Malca.

On that day, he shared several pictures on his Instagram of Rodriguez with a diamond ring on her left ring finger. She gave the formal confirmation of her engagement during an interview with the Associated Press on 7 August.

In the same interview, Rodriguez spoke at length about her relationship with LoCicero, stating that “Timing is everything. If he was not down to go to those spaces with me, we wouldn’t have worked out”.

The couple exchanged wedding vows on May 4, 2019, with Rodriguez’s co-star Justin Baldoni officiating the ceremony.

Who is Joe LoCicero?

Joe LoCicero is an American actor, model, screenwriter, and fight choreographer. He is known for various roles in films like ‘Welcome to Willits’, ‘Cop Chronicles: Loose Cannons: The Legend of the Haj-Mirage, and ‘Miss Bala,’ and television shows like ‘Kingdom’ and ‘Jane the Virgin’.

He was born on August 9, 1986, in Long Island, New Jersey, the United States, and he is currently 34 years old. His birth sign is Leo.

There is no information about his father and mother. He holds American citizenship and mixed (Puerto Rica-American) ethnicity.

Details about his academics are also not available.

Joe LoCicero accumulated some success as a model. He was featured in commercial campaigns for various international fashion brands, including Abercrombie & Fitch, Tommy Hilfiger, and Juicy Couture. In the year 2013, LoCicero began his acting career in Jeff Compton’s short film ‘Hector: Lost Souls with Switchblades’.

Also starring Kiyomi McCloskey, Aurora Rowland-Martinez, and Eric Frentzel, the film revolves around modern-day hooligans who fashion themselves after a Retro 1950’s gang. That year, he also appeared in his first TV project, the television documentary ‘A Crime to Remember.

In the 2014 comedy short ‘Karaoke the Movie’, LoCicero worked with director Tyler Jolley. He had a recurring role as an MMA fighter in three episodes of the first season of the Audience Network drama series ‘Kingdom’, appearing in both the pilot and season finale episodes.

In 2015, he appeared in another comedy short, ‘Crossword Puzzle Brahs’, which tells the story of a group of friends interested in crossword puzzles. In the year 2016, he had his cinematic debut in Mark Potts’ action-comedy ‘Spaghettiman’, portraying a character named Keto. He also choreographed the fights in the film.

He also made an appearance in the third season, as well as in the fourth season. Joe co-wrote the script of the 2018 action-comedy ‘Cop Chronicles: Loose Cannons: The Legend of the Haj-Mirage’ with Winston Carter, Benjamin Crutcher, Samir Forghani, Brand Rackley, and the film’s director Mark Potts.

He also starred in the film, playing the role of McGraw. LoCicero is set to star in two upcoming short films: ‘Karate City’ and ‘I Lost My Phone.

What is Joe LoCicero’s Net Worth and Salary?

This actor has an estimated net worth of around $35 million. But his salary and other incomes are not disclosed.

Joe LoCicero has a height of 6 feet 1 inch and he weighs is 82Kg. Additionally, his chest, waist, biceps sizes are 44-32-15 inches respectively.

His hair color is dark brown and his eyes color is hazel.

Also get to know more about Wes Brown, Chris Santos, and Nat Faxon.