Is Joe Locke dating someone?

Currently, his relationship status is not taken. He has not disclosed his past and present relationships. It seems like he is more focusing on his career at the moment.

However, Joe is now rumored dating his co-star Kit Connor. But he has not publically announced his relationship with a Kit corner as per the source. 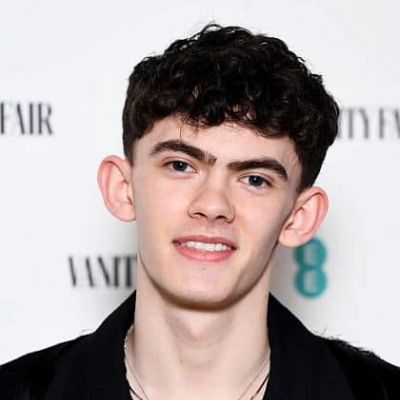 Who is  Joe Locke?

Joe Locke is an Actor, model, television personality, and social media influencer from Manx. He is widely famous for playing the role of Charlie Spring in the Netflix Series Heartstopper, a romance streaming television series directed by Euros Lyn.

He is a newcomer in the Entertainment industry.  Apart from this, he has appeared on the cover pages of several magazines.

Joe Locke was born in Douglas, Isle of Ma on 24 September 2003 as of 2022, he is 18 years old. His real birth name is Joseph William Locke. Along with that, he holds a Manx national identity and his zodiac sign is libra. He maintains English ethnicity. Currently, he is living in London, England, United Kingdom.

He is the son of Helen Locke, there is no info about his biological father. Currently, his mother is married to Stephen Campbell. Dylan Goldie is his step-brother’s name. There is a Dearth of information about his parents and siblings. He doesn’t share anything related to his personal life with the media.

Talking about his educational background, From Ballakermeen High School he completed his high school graduation. Along with that, he joined Youth Arts Theatre group to follow his fondness for acting.

Joe was fond of acting since he was a child. He became an actor at a very early age. He has appeared in many theater works. At a very young age, he got public attention and earned his name and fame in a short period of time. Apart from this, he has also been featured in some famous magazines such as Gay Times, Attitude, and JON Maganizes.

In 2022, he got an opportunity to play the role of Charles Spring in the famous Netflix series Heartstopper, the main lead. He is chosen out of 10,000 other potential actors to play this role.

Heartstopper is a romance streaming television series, based on Alice Osemna’s Webtoon comic and graphic novel. Euros Lyn is the director of Heartstopper.

This series is more about transgender love, high school friends consist of 8 episodes. The other co-star included Kit Connor portraying the role of Nick Nelson, William  Goa as Tao Xu, and Corrina Brown as Tara Jones.

As of 2022, Joe Locke’s Net worth is estimated at $1.5 million dollars. Further, his Annual salary and weekly earnings are unavailable as per the source.

It’s rumored that Joe Locke is openly gay. Besides that, he has involved himself in any kind of rumors and controversy.

He maintains his low profile and prefers to stay a mile far away from Unwanted gossip and buzzes.

Joe Locke is a tall, handsome and smart gay. His height stands at 5 feet 7 inches and his weight of 56kgs. His body measurement is under review.

Similarly, he has a white skin tone with brown curly hair and Dark brown pairs of eyes.