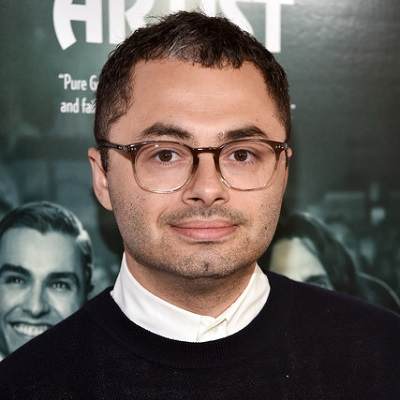 Joe Mande is married to Kylie Augustine. The couple wedded in the year 2015 after three years of dating.

Being a secretive person, he maintains his married life quite low profile.

Who is Joe Mande?

American Joe Mande is a stand-up comedian, actor, producer, and screenwriter. Joe Mande is renowned as the writer and producer of the TV series, The Good Place.

Last, in 2020, he contributed his voice to Mark Zuckerberg in the TV series, Our Cartoon President.

Joe Mande was born on 16th March 1983 in Albuquerque, New Mexico to Louis Mande and Deborah Mande. His birth name is Joseph Mande. He is of British-Irish ethnicity.

His father, Louis is a lawyer by profession whereas his mother, Deborah is a judge.

– In June 2009, he created the website, Look at this F#cking Hipster. On the website, he started uploading the parodies that earned millions of followers within no time.

– In the early 2010s, he started making his appearance in various comedy central TV series like The Half Hour, Best Week Ever, and Conan.

– Following that, he started writing for the comedy TV series, Parks and Recreation as a writer. Also, he appeared in the character Morris in the series. Following that, he made his appearance in TV series like Love, Animals, Brooklyn Nine-Nine, and The Modern family.

Apart from that, as an actor, his earnings range from $21k to $215k. Also, he makes it through his stand-up shows.

Joe Mande has brown eyes with brunette hair. He stands at a height of 5 feet 9 inches and a decent weight.

This standup comedian is renowned for his Twitter tweets that stirred controversy in various situations.

Back on 20th January 2017, he tweeted that Barron Trump will be like mutilating cats on the white house lawn in like two weeks.