Actor-Director-Producer Joe Morton is a father of three.

Previously, he was married to Nora Chavooshian. Her ex-wife, Chavooshian is an art director by profession. The wedding took place on the 6th of October 1985.

Together, they have three children including a son, Ara Morton and Hopi and Sata Morton.

However, the former couple got separated from each other via divorce in 2006. 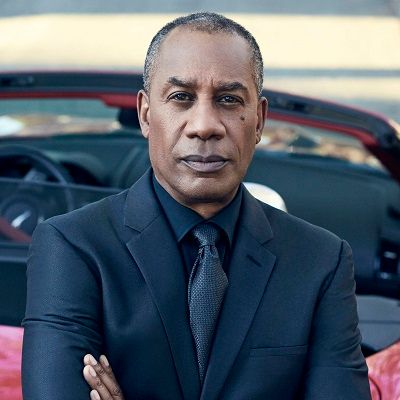 If you have the skill, then you can move as you age

One, I had never worked with John Woo before and I wanted to see what that was like, and two, Ben Affleck is a friend, so it would be fun to work with him again.

I think it talks about the fact that there are black people in the world who have tremendous amount of talents and have no channel through which they can those talents.

Who is Joe Morton?

Joe Morton is a Primetime Emmy Award-winning actor, director, and producer. Morton is renowned as Henry Deacon of A Town Called Eureka and Miles Dyson of Terminator 2: Judgment Day.

Last, in 2020, he featured the series, The Politician as Marcus.

Next, in 2020, he will make his appearance in the series, Vita as Monsignor Heck. The movie is in the stage of post-production. Also, his movie, Zack Snyder’s Justice League is post-produced.

Joe Morton was born Joseph Thomas Morton Jr. on the 18th of October 1947 in Harlem, New York City in a military background family.

His father, Lt. Joseph Thomas Morton Sr was a U.S. Armey intelligence officer. Morton Sr. passed away when Joe was just 10 years old. His mother, Evelyn Morton used to be a secretary by profession. They are of British-Scottish ethnicity.

Talking about his educational background, he attended Hofstra University. In the university, he studied Drama. Before that, he graduated from Andrew Jackson High School.

Professionally, Joe Morton started his career as a theater actor. He made his Broadway debut with the play, Hair that took place in Salvation. Later, he acted in the play, Raisin for which he also received a Tony Award nomination too.

In 1970, he debuted on TV with the series Mission: Impossible in the role of clerk. To date, he has featured more than 50 series with major and minor roles that include series like Watch Your Mouth, The Equalizer, All My Children, and many more.

Apart from the TV, he is also extremely popular for his movies too. Back in 1977, he expanded his career towards the movies from the TV industry with the movie, Between the Lines.

Since then, he has featured in more than 70 movies. That includes movies like The Inkwell, The Astronaut’s Wife, and Batman v Superman: Dawn of Justice.

In 2004, he explored the production sector of the entertainment industry with the TV movie, Mitchellville. Later, he got associated with the movies Breaking Dawn, and Elliott’s To-Do List as associate producer.

Besides that, he has directed some episodes of the series like Scandal, A Town Called Eureka, and God Friended Me.

To date, Joe Morton has managed to remain far from any sort of controversy that created a buzz in the media. Also, there are no rumors linked with him.

Joe Morton has black eyes and black hair. His height is 5 feet 9 inches and has a decent weight.

You may also read the bio of Max Walker, Joshua Bassett, and Wes Brown.