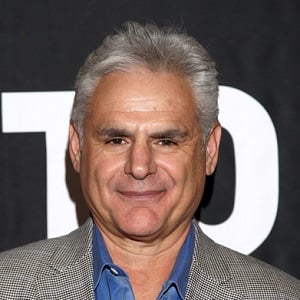 Joe Nipote has kept his personal life away from the media spotlight. There are no records available about his past relationships. At present, he is believed to be single.

Who is Joe Nipote?

Joe Nipote is an American actor. People mostly know him for his roles in movies and television series like ‘Adam Ruins Everything’, ‘Urban Decay’, ‘Soul’s Midnight’, ‘Viper’, and ‘Edie & Pen’ among others.

Nipote was born in Detroit, Michigan. Joe became interested in comedy and the world of show business since an early age. He is of American nationality. Furthermore, there are no details available about his ethnic background at present.

Talking about his education, no information is available relating to Nipote’s educational background.

Nipote initially performed several stand-up gigs. Soon, he featured in the HBO’s ‘5th Young Comedian’s Special.’ In 1983, Joe appeared as Tony the Rose in the movie ‘Strangers Kiss’ in 1983. Additionally, in the same year, he also appeared in the TV series ‘Happy Days’ as Leo Epps. In addition, he also had roles in ‘Meatballs Part II’, ‘Doin’ Time’, ‘Dangerously Close’, and ‘Normal Life.’ Since then, he has appeared in several other movies and television series. All in all, he has over 35 credits as an actor.

Some other movies and television series that Nipote has appeared in include ‘OK K.O.! Let’s Be Heroes’, ‘Adam Ruins Everything’, ‘Kingdom’, ‘The Suite Life on Deck’, ‘Urban Decay’, ‘Curb Your Enthusiasm’, ‘Back by Midnight’, ‘The 4th Tenor’, ‘Viper’, ‘It’s True!’, ‘Edie & Pen’, ‘Northern Exposure’, ‘The Waterdance’, ‘Murphy Brown’, and ‘The New WKRP in Cincinnati’ among others. Joe has also authored the book titled ‘Eggy Yolk and the Dirty Rotten Dozen.’

Nipote has not been linked with any award nominations in his career.

Nipote has not revealed his current salary. Furthermore, there are no details available about his estimated net worth at present.

Nipote has kept himself away from any notable controversies. Furthermore, at present, there are no rumors concerning his life and career.

Talking about his body measurement, there are no details available about Nipote’s height and weight. His hair color is grey and his eye color is dark brown.