NFL player Joe Rose is low-key about his love affair.

Joe Rose is currently single. He has a good bond with friends and family. 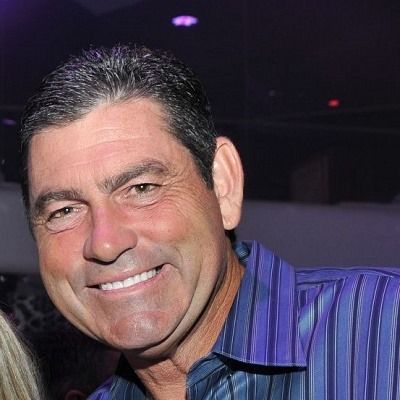 Who is Joe Rose?

He is best known for catching Hall of Famer Dan Marino’s first-ever touchdown pass in the year 1983.

Likewise, Joe played a game for the Los Angeles Rams in 1987 in the National Football League.

He attended the University of California, Berkeley.

Joe played high school football at Marysville, Ca., where he led Borth California in reception yardage in the senior year. After that, he played college football for the University of California, Berkeley.

He was the hero of the 1979 Big Game between California and Stanford. Likewise, Joe caught the game-winning touchdown pass. It was originally ruled incomplete but later changed to a touchdown.

Similarly, Rose was drafted in the seventh round of the 1980 NFL Draft by the Dolphins. His best season in the NFL came in 1983 where he made 29 receptions for 345 yards and 3 touchdowns.

Likewise, his career statistics were 112 receptions, for 1493 yards with 13 touchdown receptions.

Joe became a radio broadcaster in the Miami area on 560 WQAM AM after retiring from football. Similarly, he was a vocal critic of former Dolphins head coach Nick Saban.

He is currently the color commentator on the Dolphins radio broadcast and was a sports anchor for WKOW-TV in Madison, Wisconsin.

Joe has dark hair and grey color eyes. He is 6 feet 3 inches tall.