Joe Spano is an American actor. He is best known for Hill Street Blues and NCIS. He is married and has two kids. 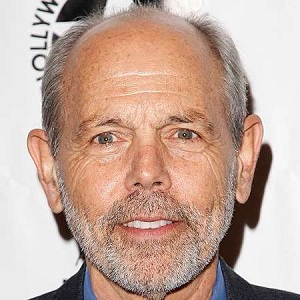 The real hopeful thing about theater and the arts, in general, is you take these painful experiences and you shape them, give them form -- and people can experience them together. You come out of an experience like this not devastated, not demolished by it, but hopefully healed or having experienced a catharsis.

Who is Joe Spano?

Joe Spano is an American actor. Similarly, he is now best known for his work on NCIS as FBI Special Agent Tobias C. Fornell and in Hill Street Blues as Lt. Henry Goldblume.

For both his roles, he has been nominated for the Emmys.

His birth name is Joseph Peter Spano. There is no information about his siblings. He belongs to American nationality and English ethnicity. His birth sign is Cancer.

Talking about his education, firstly, he attended Archbishop Riordan High School. Then, he attended the University of California, Berkeley.

Talking about his profession, during 1968, Joe Spano helped found the Berkeley Repertory Theatre, appearing in its first production, and stayed with the company for 10 years. Then, he moved to Hollywood in the late 1970s, landing guest shots on TV and bit roles in American Graffiti (1973) and The Enforcer (1976/I).

Whereas, he also played Henry Goldblume during the entire seven-year run of the series, first as a detective sergeant, later as a lieutenant. Then, after Hill Street Blues ended, he won recurring roles in television police shows Murder One (1995) and NYPD Blue (1993), again as a detective. Moreover, he has also appeared in 27 feature films, including working alongside Tom Hanks in Apollo 13 and Richard Gere and Edward Norton in Primal Fear.

Unfortunately, he is a veteran stage actor on the east and west coasts. Similarly, he also made his Broadway debut in 1992 in the Roundabout Theater revival of Arthur Miller’s The Price, with Eli Wallach. At the Rubicon Theater in Ventura, he has also played General Burgoyne in Shaw’s The Devil’s Disciple, Greg in A. R. Gurney’s Sylvia and Vladimir in Waiting for Godot.

Moreover, he is a member of the Antaeus Theater Company and a founding member of three other theater companies. Likewise, he also played a seductive vampire in the cult musical Dracula: A Musical Nightmare in a small LA theatre. Lastly, he also appeared in the TV movie Brotherhood of Justice with Keanu Reeves and Kiefer Sutherland.

Talking about his lifetime achievements and awards, he won Primetime Emmy Awards for Outstanding Guest Actor in a Drama Series for Midnight Caller (1988).

There is no information about his salary. His net worth is around $6 million.

On talking about his body measurements, Joe Spano has a height of 5 feet 10 inches. Additionally, his weight is unknown. Joe’s hair color is grey and his eye color is grayish-green.