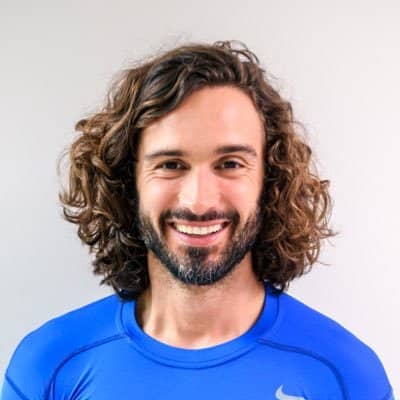 What is the relationship of Joe Wicks?

Joe Wicks is married to Rosie Jones, a glamour model. The pair tied the knot in June 2019.

They are the parents of three children, a daughter named Indie born in July 2018, and a son named Marley born in December 2019. And recently they welcomed a daughter named Leni on September 2022.

Who is Joe Wicks?

Joe was born on September 21, 1985, in Epsom, England. As of 2022, his age is 36 years old. In terms of nationality, he holds a British identity. He was born to Gary Wicks, a roofer, and Raquela Mosquera, a social worker.

Alongside his parents and his two brothers, Nikki and George, he grew up in a council estate.

Joe published his first cookbook Lean in 15:15 minute meals was a best seller in 2015, with over 900,000 copies sold. He has created a 90 Day Plan that includes exercises and meals with individualized serving sizes.

He has appeared as a guest on a number of daytime talk shows in the UK such as Lorraine, Good Morning Britain, This Morning, and Loose Women.

In 2016, Wicks hosted a program on Channel 4, titled Joe Wicks: The Body Coach which has been three episodes as of 2020.

Moreover, for his achievements in fitness, Joe was named a Member of the Order of the British (MBE) in the 2020 Birthday honors.

As the top trending and breakout creative of the year on YouTube, he also took first place.

He released Wake up with Joe videos in November 2020 during the second England National Lockdown.

Being a fitness coach, Joe has earned a hefty sum of money from his profession. As per sources, he has an estimated net worth of around $7 million.

Owing to his professional career, Joe has never been a part of any controversial news.

He has maintained a distance between his professional and personal life and avoids appearing in unwanted scandals and rumors.

Joe stands tall at a height of 5 feet 8inches and weighs approx 75kgs.

Moreover, he has an athletic type body. Joe has long brownish-colored hair with a pair of black eyes.

He has over 4.5 million followers on Instagram under the username @thebodycoach and has more than 427k followers on Twitter. On Facebook, he has gained over 4.5M followers.

Also, he has his own YouTube channel where he has amassed over 2.8 million followers.